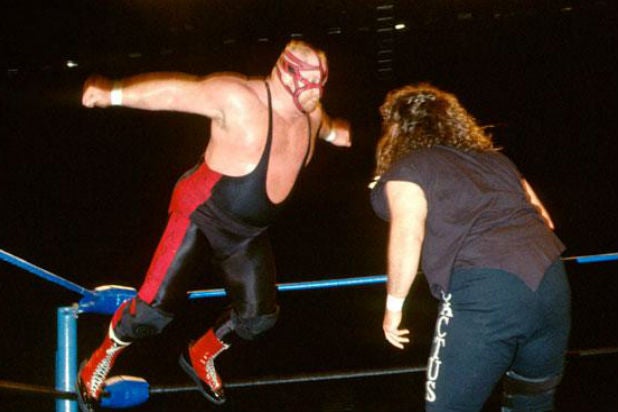 Mick Foley honored the wrestling prowess of Big Van Vader in a tribute posted on Friday.

Following the news that Vader, whose real name is Leon White, has been told he only has two years to live, Foley asked his permission to publish the foreword he wrote for Vader’s upcoming book.

He began by explaining that he had become a good guy, or babyface, during his WCW days, but the fans did not have symptahy for him because his Cactus Jack character was supposed to thrive on and enjoy pain.

“I requested a meeting with WCW booker Dusty Rhodes, and together we came up with a plan to combat the sympathy problem,” Foley wrote on Facebook. “Quite simply, I would wrestle Big Van Vader. Two matches, twenty stitches, a broken nose, and a memorable ambulance ride later, my sympathy problem was a thing of the past. Vader had cured it.”

The Cactus Jack-Big Van Vader feud would go on to be remembered as one of the best rivalries in pro wrestling history, due to both men’s hardcore and hard-hitting styles.

“It was almost impossible not to feel a sense of sympathy for an opponent of Leon White during his career as Vader,”Foley continued. “To me, he was the most believable, most talented ‘monster’ wrestler of his generation. No one was better at being the immovable object, that impenetrable wall, than Leon White.”

He concluded by laying out reasons why Vader belongs in the WWE Hall of Fame. Those are:

1) He drew more money, with a wider variety of opponents, for different promotions, on a global basis, than just about any of his contemporaries.
2) He brought out the best in his opponents. Vader “paid it forward” by bringing out the very best in some of the greatest stars of his time, and of all time.
3) His matches stand the test of time. No matter what trends the business may go through, Vader’s believable brawling, combined with his impressive athleticism will never go out of style.
4) He was able to turn a 6’4, 300 pound maniac with a penchant for pain into a sympathetic underdog.