Mick Rock, the BritishpPhotographer dubbed “the man who shot the ’70s” due to his iconic photographs of rock legends like David Bowie, died Thursday from undisclosed causes. He was 72.

“It is with the heaviest of hearts that we share our beloved psychedelic renegade Mick Rock has made the Jungian journey to the other side,” read a statement posted to Rock’s social Twitter account on Thursday. “Those who had the pleasure of existing in his orbit, know that Mick was always so much more than “The Man Who Shot the 70s.” He was a photographic poet — a true force of nature who spent his days doing exactly what he loved, always in his own delightfully outrageous way.”

Rock, who became Bowie’s official photographer during the star’s glam rock years, was an influential figure in the music world. “The stars seemed to effortlessly align for Mick when he was behind the camera; feeding off the unique charisma of his subjects electrified and energized him. His intent always intent, his focus always total. A man fascinated with image, he absorbed visual beings through his lens and immersed himself in their art, thus creating some of the most magnificant images rock music has ever seen. To know Mick was to love him. He was a mythical creature; the likes of which we shall never experience again,” the statement continued. 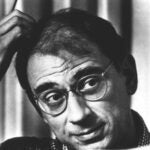 Born in 1948 in London, Michael David Rock started as a photographer while studying medieval history at Cambridge University. Taking photos of local rock bands, he made contacts including Mick Jagger’s brother, and in short order he was creating album covers for legends like Syd Barrett. By 1972 he’d befriended David Bowie, who hired him as his official photographer.

During their time working together, Rock directed four of Bowie’s most influential music videos: “John, I’m Only Dancing”, “Jean Genie”, “Space Oddity”, and “Life on Mars.” He was also set photographer on “The Rocky Horror Picture Show” and designed album covers for Waylon Jennings, Lou Reed, Queen and Iggy and the Stooges among others.

Throughout his career, he photographed some of pop music’s biggest luminaries, including The Misfits, Snoop Dogg, Lady Gaga, Miley Cyrus, The Chemical Brothers, Janelle Monáe, Hall & Oates, Nas and Q-Tip, in addition to the legends he photographed during the 70s.