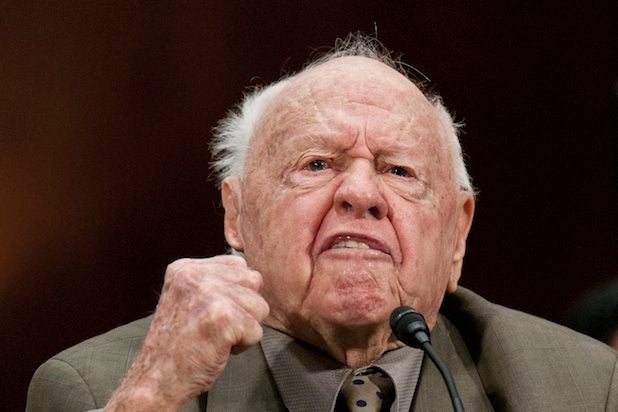 The family of deceased actor Mickey Rooney, who died Sunday at age 93, has resolved a dispute over the actor’s final resting place that has left Rooney’s body unclaimed since his death.

Rooney’s body had remained unclaimed at the Forest Lawn Cemetery mortuary while two factions of his family worked to resolve their dispute, which followed years of acrimony over the “Andy Hardy” actor’s finances.

Under the agreement, Rooney’s body will be released from Forest Lawn “to Hollywood Forever Cemetery for the disposition of his remains,” according to a stipulation and proposed order obtained by TheWrap. A small private ceremony will be held for the actor’s family.

An order filed in Los Angeles Superior Court Tuesday barred the actor’s conservator, Michael Augustine, and Rooney’s estranged wife from removing his body from the mortuary while the dispute was resolved.

Janice Rooney, also known as Jan Chamberlin, and her son, Christopher Aber, attempted to remove Rooney’s body from the Forest Lawn mortuary. The L.A. Times cited court papers filed by Rooney’s conservator, saying that the removal would have been against Rooney’s wishes.

The agreement stipulates that Aber and his wife Christina will not be allowed at the private family ceremony. Under the agreement, Chamberlin can attend any public ceremony for the legendary actor if she wishes to, but shall not attend any such events with the Abers.

Chamberlin has maintained that the actor wished to be interred at a plot next to hers at a Westlake Village cemetery, while Augustine has insisted that Rooney either wanted to be buried at a veterans cemetery or next to other actors at a Hollywood cemetery.

In 2011, Rooney filed a lawsuit against Aber and his wife, claiming that they had exploited him after they began handling his affairs, supposedly diverting Rooney’s income and convincing Rooney that he was destitute. The former child star said that if he attempted to decline work, Aber would threaten the actor with foreclosure or the loss of medical benefits.

Had they not reached an agreement the two sides would have gone to court to resolve it on Friday.