Microsoft’s board of directors moved to remove Bill Gates from its board in 2020 as it investigated the billionaire’s prior romantic relationship with an employee at the tech company, according to a new report in the Wall Street Journal.

Gates, however, stepped down on his own accord before the board was able to follow through with its plan, WSJ wrote.

According to the Journal, members of the Microsoft board launched an investigation in 2019 after receiving a letter from an employee saying Gates sought to “initiate an intimate relationship” with her 19 years prior. Some members were concerned about the relationship in the wake of the #MeToo movement and felt it would not be appropriate for Gates to continue in a leadership role at Microsoft at a time when workplace harassment and misconduct were coming under unprecedented public scrutiny.

Gates resigned from the company in March 2020, before the investigation was completed. 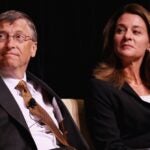 “There was an affair almost 20 years ago which ended amicably,” a Gates spokesperson told WSJ. “[His] decision to transition off the board was in no way related to this matter. In fact, he had expressed an interest in spending more time on his philanthropy starting several years earlier.”

The New York Times also reported on Sunday that Gates had “pursued” several women over the past 27 years, including one Microsoft employee who said Gates asked her to dinner in 2006 in an email in which he also wrote, “If this makes you uncomfortable, pretend it never happened.” Years later, another woman who worked for the Bill & Melinda Gates Foundation said she was also asked out by Gates.

Bill Gates and Melinda French Gates announced their divorce on May 3, agreeing to divide their $130 billion fortune while continuing to work together as co-chairs of their philanthropic foundation. The Times and WSJ reported the divorce was set in motion in October 2019, shortly after reports surfaced of Gates’ ties to Jeffrey Epstein, who was accused of underage sex trafficking and soliciting prostitution from a minor. It is unclear exactly how much French Gates knew about Gates’ connection to Epstein, and Gates’ representatives have vehemently denied that Epstein’s ties played a factor.

“Your characterization of his meetings with Epstein and others about philanthropy is inaccurate, including who participated,” a spokesperson for Gates wrote to the Times. “Similarly, any claim that Gates spoke of his marriage or Melinda in a disparaging manner is false. The claim of mistreatment of employees is also false. The rumors and speculation surrounding Gates’s divorce are becoming increasingly absurd, and it’s unfortunate that people who have little to no knowledge of the situation are being characterized as ‘sources.'”