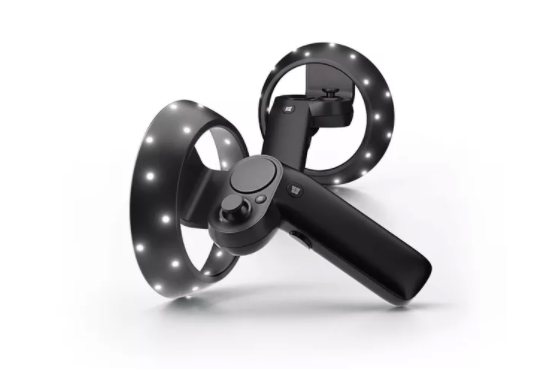 Microsoft introduced the latest toy on the tech scene at its Build developer conference in Seattle earlier today, showing a demo of its new controller for “mixed reality” — the combination of both virtual and augmented reality features.

The controller is unique in that its tracking devices are located inside the headset, rather than external sensors surrounding the user. This gives users an added measure of freedom; instead of designating entire rooms to experience VR, this capability allows them to utilize their headsets on the move. It also takes away the concern of having a tracking camera catch one of your nifty moves.

The new hardware — equipped with a joystick, track pad, and buttons — will be available this holiday season and is now available for pre-order.

Microsoft also announced the controller will come in a bundle package with its recently announced HP and Acer headsets. The controller-headset combo will cost $399.

The announcement is a crucial step for Microsoft in the competitive VR market, giving its platform an added boost in its fight against Facebook’s Oculus, Samsung’s Gear, and HTC’s Vive hardware. An important next step for Microsoft to grab market share will be to fill its VR app store with intriguing games for users to gravitate towards.