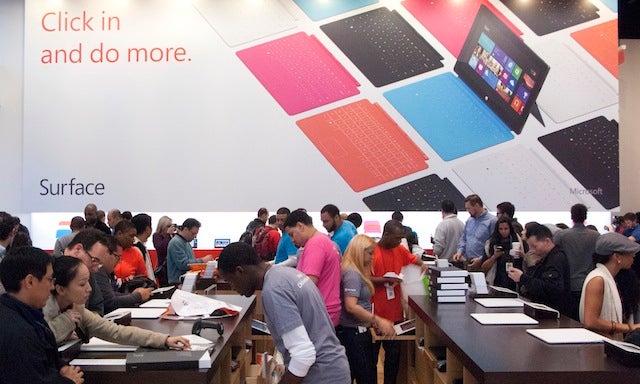 Is Microsoft preparing to release a mini version of its 10.6-inch Surface tablet?

Based on chief financial officer Peter Klein's appearance at the Goldman Sachs Technology and Internet Conference in San Francisco on Wednesday, it certainly sounds like it.

According to a report on AllThingsD, the tech giant is ready to roll out a smaller device, similar to the iPad mini.

“We’re set up for that,” Klein said of extending Windows to devices of varying size. “The notion of flexibility and scalability of the operating system is intrinsic to our strategy.”

Windows 8 and Windows Phone 8 share the same operating system, making it easy for applications to scale to the size of the display.

“We can have the same core code base driving form factors from four inches all the way up to 27-inch ones and everything in between,” Klein said. “So I think we are well set up to respond to demand as we see it. We can deliver a versatile set of experiences across form factors, whether they’re four-inch, five-inch, seven-inch, 10-inch or 13-inch.”

Microsoft did not immediately respond to requests from TheWrap for clarification.