Ducks fly together. It was true in the 90s, and it’s still true in the new Disney+ series “The Mighty Ducks: Game Changers” — they’re just far more exclusive about who they’ll fly with now.

In this continuation, the Mighty Ducks are no longer the scrappy underdogs, and instead have become the “if you’re not a winner, you’re a loser” team. They’re led by Coach T (Dylan Playfair) who is blunt and apathetic, who cuts our new hero Evan Morrow from the team without so much as a sympathetic pat on the shoulder. He simply says “At this age, if you can’t be great at hockey, it’s like…don’t bother.

The kids on the team are all either high-strung or outright bullies. They’re the cool kids in school, and as soon as Evan is no longer one of them, he’s no longer welcome to sit at their lunch table. They have college counselors and pediatric sports psychologists and personal trainers (and friendly reminder, the kids are only 12 years old).

Obviously, a lot has changed since we last saw the Ducks in 1996. “Game Changers” goes a long way to make that clear, even going so far as to have a character outright joke “Little different than the Ducks of the 90s. They actually used to quack.”

In truth, the Mighty Ducks are now the very people they spent three movies rebelling against. So we have to ask: what on Earth happened to the Ducks we knew and loved? How did things get so toxic?

Naturally, the first inclination is to blame those directly involved — namely, the coach. Of course, when you think “coach of the Mighty Ducks,” you immediately think Gordon Bombay (Emilio Estevez). And indeed, he is present in “Game Changers” as one of the few ties to the past. But he’s not on the coaching staff anymore.

In fact, Bombay is once again a jaded man who’s left the hockey world behind him. He just so happens to manage the ice rink where Evan and his new team, the Don’t Bothers, will play. (Obviously, his grumpiness will almost certainly be reversed, as it was twice before. But for now, he’s a curmudgeon). 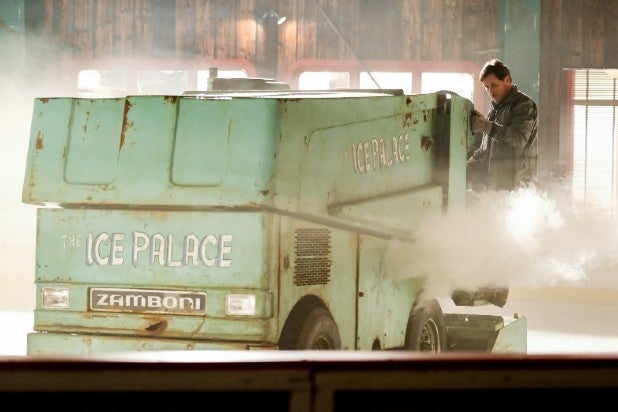 But that doesn’t really matter, does it? After all, Bombay hasn’t been leading for years. That was one of the central conflicts of “D3: The Mighty Ducks”; Charlie Conway and the Ducks didn’t enjoy playing for Coach Orion at Eden Hall.

Orion was strict and didn’t tolerate much nonsense, but by the end of the film, came to see the strength of the Ducks’ unique oddness. He pushed them to win, but never in the unhealthy ways of Iceland’s Coach Stanton in “D2: The Mighty Ducks” or Coach T in “Game Changers.”

So, at this point, it’s necessary to note: The Mighty Ducks are a team. As much as we came to love the people on the team back then, it’s still a team, and a team is an organization. Organizations change hands, and change policies as a result.

In “Game Changers,” the Ducks’ home stadium is Hendrix Hockey Pavillion. That’s presumably the same Hendrix that sponsored the Ducks back in “D2” and briefly turned Coach Bombay into “Captain Blood” in their push to keep him focused on winning. It’s unclear if Hendrix now owns the team, or is still just a sponsor (there is a difference).

Either way, with their name on the stadium, Hendrix likely has a big enough hand to influence the culture of the Ducks organization in some way.

But there’s a lot of time to be filled in. “The Mighty Ducks: Game Changers” takes place in 2021, more than two decades after the events of the final film. We don’t know how many owners the Ducks have been through since then, and we don’t know when things first started to change in the team’s mentality and goals. All we know is that the Ducks of old are gone, and this time around, we’re meant to dislike them.

The old Ducks will be in town for a gala “honoring the current coach and the history of the Ducks,” and hopefully that history will fill in a few gaps. But according to Estevez, Bombay won’t be part of that celebration because he doesn’t represent the Ducks’ new values. “They’ve become this ultra-competitive, sort of new bad guys” he told EW.

Now, let’s take a second and process the idea of the Ducks as bad guys. For what it’s worth, I can appreciate a good narrative flip. “Cobra Kai” did it after “The Karate Kid,” and it was handled masterfully. But things are different with the Ducks.

We spent not one, but three whole movies with them, and each time, they were the underdogs. We always rooted for the Ducks. We rooted for them so hard that in “D2” they were no longer Team USA but the USA Ducks. They are arguably one of the most beloved fictional sports teams in pop culture.

So it’s undeniably jarring when the entire first episode of “Game Changers” seems hellbent on undoing that pre-established concept. It’s not so much flipping the narrative as it is upsetting an entire generation of fans who are more than ready for another “Quack!” chant.

But there’s still a lot of time left. “The Mighty Ducks: Game Changers” is set for a 10-episode season. It could absolutely pull a classic Ducks move and get back on the inspirational track. We’ll just have to wait and see. But eventually, we’re going to need a clear answer on how the Mighty Ducks have fallen.