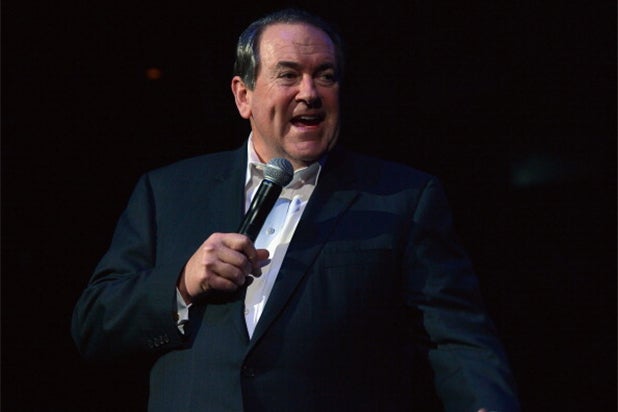 Mike Huckabee is leaving Fox News to consider a re-entry into politics.

He made the announcement just before Saturday’s episode of “Huckabee,” the final hour of the political commentary program. The former Republican presidential candidate is leaving to consider another run at the office in 2016, after President Barack Obama vacates, though Huckabee plans to save that decision for a later date.

“Tonight I will do more than just say goodnight. I will say goodbye. This is the last edition of ‘Huckabee’ on the Fox News Channel,” he wrote Saturday on his website, in a statement he planned to also deliver on his final telecast. “It’s been the ride of a lifetime, and I have never had so much fun in my life. But I also realize that God hasn’t put me on earth just to have a good time or to make a good living, but rather has put me on earth to try to make a good life.”

The former Arkansas Governor has starred on his eponymous Fox News Show since 2008, the same year he made an unsuccessful bid for the presidency. He won the Iowa Republican caucus, but lost out in the Republican primary to Senator John McCain, who later went on to lose in the general election to then-Senator Barack Obama.

In the politician-turned-TV host’s statement he admitted he hasn’t ruled out running again in 2016, though he doesn’t plan to make that announcement until the Spring.

“There has been a great deal of speculation as to whether I would run for President. If I were willing to absolutely rule that out, I could keep doing this show. But I can’t make such a declaration,” he continued.

“I won’t make a decision about running until late in the spring of 2015, but the continued chatter has put Fox News into a position that is not fair to them nor is it possible for me to openly determine political and financial support to justify a race,” Huckabee added. “The honorable thing to do at this point is to end my tenure here at Fox. As much as I have loved doing the show, I cannot bring myself to rule out another Presidential run. So as we say in television, stay tuned!”

If Huckabee were to run for President of the United States of America in 2016, it’s unclear who he would run against. Hillary Clinton, former first lady, New York senator and secretary of state, is widely expected to throw her hat in the ring for the Democrats, but she has yet to make any formal announcement.

Also Read: 2014 in Cable News: Fox News Stays on Top, CNN Climbs to No. 2 in Demo, MSNBC Falls Behind

A Fox News Channel spokeswoman told TheWrap the network and the governor had amicably parted ways, saying the move was in the best interest of both parties.

“The network will run various specials in place of ‘Huckabee’ for the next few weeks and will be trying ‘a few new ideas’ in the 8 p.m. weekend time slot,” the spokeswoman added.