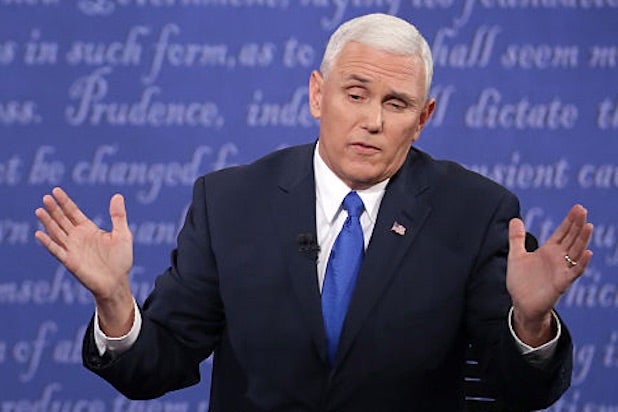 Donald Trump’s running mate, Mike Pence, says any reports that he considered dropping off the GOP ticket are “absolutely false.”

“It is absolutely false to suggest that at any point in time we considered dropping off this ticket,” Pence said this morning on CNN. “It’s the greatest honor of my life to have been nominated by my party to be the next Vice President of the United States of America.”

Watch the “New Day” video in which Pence makes the statement:

And here’s a tweet Pence sent out last night immediately after the second Trump-Hillary Clinton debate:

Congrats to my running mate @realDonaldTrump on a big debate win! Proud to stand with you as we #MAGA.

At the time, rumors swirled that Pence was thinking about or leaning toward leaving the ticket.

Later, during his morning interview with Alisyn Camerota, Pence also denied that he and Trump were at odds over Syria policy. Last night, Trump said he doesn’t agree with his potential VP on how to aid the Aleppo crisis.

“The question I had was about the humanitarian crisis in Aleppo,” Pence explained. “And I think the way she had framed that was to suggest that I had implied we ought to use military power to achieve regime change, and I had simply never said that,” he said, referring to moderator Martha Raddatz.