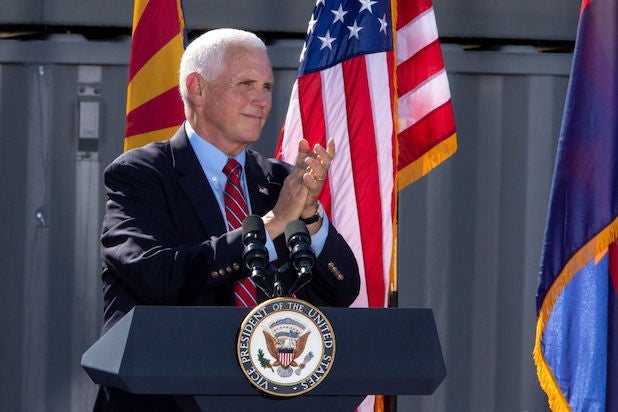 Former Vice President Mike Pence has signed a two-book deal with Simon & Schuster and will release an autobiography detailing his “faith and public service,” the publishing company said on Wednesday.

The announcement of Pence’s book deal comes a day after Hunter Biden released his own memoir, “Beautiful Things,” from Gallery Books, an imprint of Simon & Schuster.

“I am grateful to have the opportunity to tell the story of my life in public service to the American people, from serving in Congress, to the Indiana Governor’s office and as Vice President of the United States,” Pence said in a statement. “I look forward to working with the outstanding team at Simon & Schuster to invite readers on a journey from a small town in Indiana to Washington, DC.”

The first book from Pence is tentatively scheduled to publish in 2023.

Simon & Schuster, which is expected to be acquired by Penguin Randomhouse in a nearly $2.2 billion deal, frequently butted heads with the Trump administration and the former president over its publication of books like Mary Trump’s “Too Much and Never Enough,” John Bolton’s “The Room Where It Happened” and Bob Woodward’s “Fear” and “Rage.”

In Wednesday’s announcement, Simon & Schuster’s senior vice president and publisher, Dana Canedy, said Pence’s autobiography will be “the definitive book on one of the most consequential presidencies in American history.”

“Vice President Pence’s life and work, his journey as a Christian, the challenges and triumphs he has faced, and the lessons he has learned, tells an American story of extraordinary public service during a time of unrivaled public interest in our government and politics,” Canedy said in a statement.