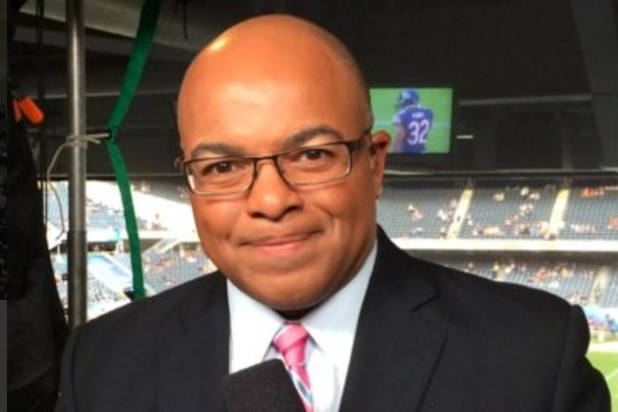 Mike Tirico will join NBC Sports Group starting July 1, the company announced during a press conference on Monday, where he shared that the upcoming Olympics were a major factor in his decision to leave longtime employer ESPN.

“I am thrilled to join this outstanding team,” Tirico said. “For me, NBC Sports has always represented the highest quality in television sports production and the chance to now be a part of that is a dream come true. It is a perfect time in my career to take on new opportunities, and I am excited to do that with an exceptional group of people.”

Regarding the timing of his departure, “I would have stayed at ESPN for a long time if the opportunity of a lifetime didn’t come up,” Tirico said, referencing NBC’s coverage of the Summer and Winter Games combined with NFL content.

“Mike is an elite talent who can contribute to all of our biggest events,” NBC Sports EP Sam Flood said. “The opportunity to add Mike to NBC Sports Group’s lineup, which is already the strongest in sports broadcasting, was too good to be true.”

Tirico has been with ESPN since 1991 and has been the voice of “Monday Night Football” since 2006. In addition to “MNF,” he was the voice of the Open Championship, The Masters, NBA, college football, college basketball, FIFA World Cup, and tennis Grand Slam tournaments, the U.S. Open and Wimbledon.

While at ESPN, Tirico also anchored “SportsCenter” and coverage of the Daytona 500, the Super Bowl, NCAA Final Four and NFL Draft, for both television and radio.

Tirico was named the 2010 Sportscaster of the Year by the National Sportscasters and Sportswriters Association (NSSA), an award voted on by his industry peers.

ESPN has named Sean McDonough as Tirico’s replacement in the “MNF” booth.

“Any chair that Sean McDonough sits in is one in great hands,” Tirico said.

Tirico was the first recipient of the Bob Costas Scholarship back in 1987. Today, he said it’s “incredible” to be working with Costas.