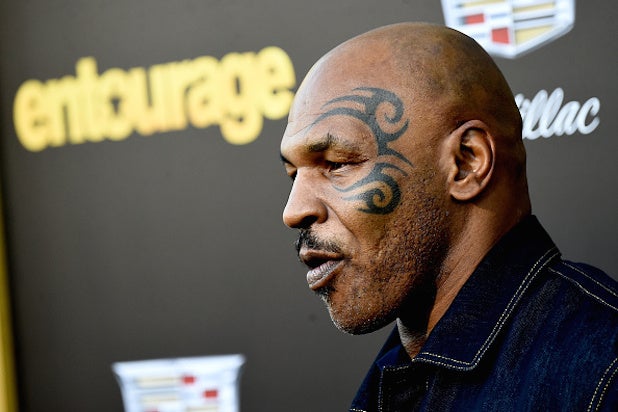 The film is being directed by Danny Lee (“After the Raves,” “30 for 30 Shorts: Friedman’s Shoes”) and the screenplay was written by Dan Ahdoot, Don Deleon, Paul Davidson and Tommy Honton.

“Public Disturbance” revolves around the Janoskians as they are invited to perform a stunt at a celebrity-filled birthday bash for Alison, the daughter of a famous media mogul (to be played by Tyson).

When their act gets cancelled at the last minute, the pranksters plan the ultimate heist to hijack the dull party and create the largest public disturbance of their lives.

The Janoskians (Just Another Name Of Silly Kids In Another Nation) are from Melbourne, Australia, and are now based in Los Angeles. The group includes elder brother Beau Brooks, twins Luke and Jai Brooks, and best friend Daniel Sahyounie.

According to Lionsgate, the Janoskians have more than 20 million followers across multiple social media platforms, and have garnered more than 200 million views on YouTube for their shorts. In March 2015, the group’s North American and European Got Cake comedy and music tour was said to be so popular, they were brought back to the U.K. for a sold-out, one-night-only show at London’s Wembley Stadium.

Their recent LP “Would U Love Me” reached No. 1 on the iTunes chart in the U.K. and Greece, and was also in the top 10 in 10 other markets.