Mikhail Gorbachev, leader of Soviet Russia at the time of its fall in 1991, has died, according to multiple reports citing Russian news agencies. He was 91.

Gorbachev served as General Secretary from 1985, adding the title of President of the Soviet Union in 1990. He resigned in August 1991, and the following day, the Soviet Union was formally dissolved.

Gorbachev’s tenure was marked by dramatic change for the Soviet Union and its citizens that ultimately resulted in the collapse of the communist State, the liberation of Eastern Europe and the conclusion of the Cold War. 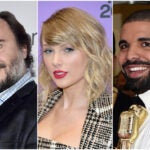 Though Gorbachev suffered through catastrophic political losses that drove the Soviet Union into oblivion, he won a Nobel Peace Prize for his role in ending the Cold War, just one of many laurels he would collect later in life — though not necessarily in Russia.

It was never Gorbachev’s aim to bring about the fall of the Soviet Union; he believed his “glasnost” (openness toward Europe and the West) policies would bring about “perestroika,” a restructuring that would improve economic and geopolitical conditions. But as free travel was allowed, prisoners were freed and other restrictions were lifted, the formerly ferocious superpower was dissolved by the internal conflicts and economic strife that arose.

Russians blamed and ridiculed Gorbachev in the years since, with his 1996 presidential campaign getting less than 1% of the vote.

Born in 1931, Gorbachev was the first and only Soviet leader to be born in the republic he would come to lead. He had an unremarkable childhood in southern Russia to a peasant family who were members of the Communist Party; thought he was too young to go off to war, Nazis occupied his hometown of Privolnoye for five months in early World War II.

Unlike his more totalitarian, stodgy and insular predecessors, Gorbachev took several high-profile summit meetings with world leaders, including U.S. Presidents Ronald Reagan and George Bush, which resulted in massive scale-downs of nuclear arsenals on both sides of the globe.

Gorbachev’s legacy will always be mixed; his popularity in the West and geopolitical benefits he may have brought will always be tempered by the harsh realities his policies unleashed upon the Soviet economy and its nearly 300 million people, as the republic collapsed into tremendous economic hardship long after he fell from power.

He is survived by his daughter, Irina, and two granddaughters.