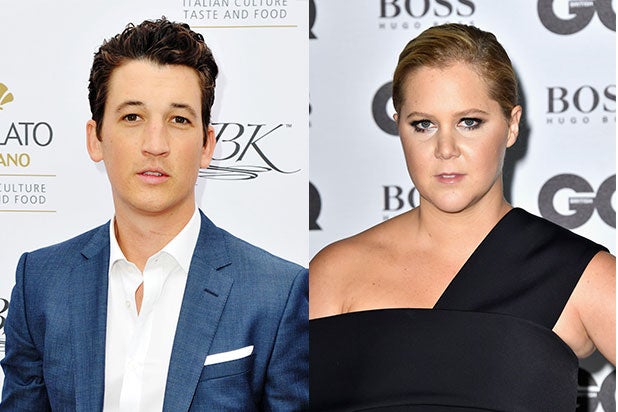 DreamWorks Pictures’ “Thank You For Your Service” starring Miles Teller and Amy Schumer will be released on Oct. 27, 2017.

Jason Hall, who wrote the screenplay for “American Sniper,” makes his directorial debut with this project and also wrote the script. Jon Kilik will produce the film, while Ann Ruark will executive produce.

The drama is based on the bestselling book by Pulitzer Prize-winning reporter and author David Finkel. It follows a group of U.S. soldiers returning from Iraq who struggle to integrate back into life after war as they’re still haunted by the horrific memories of a war that threatens to destroy them long after they’ve left the battlefield.

Teller will play Adam Schumann, a great soldier who leaves Iraq a broken man, and Bennett will play his loyal, supportive wife.

Universal will distribute the film.