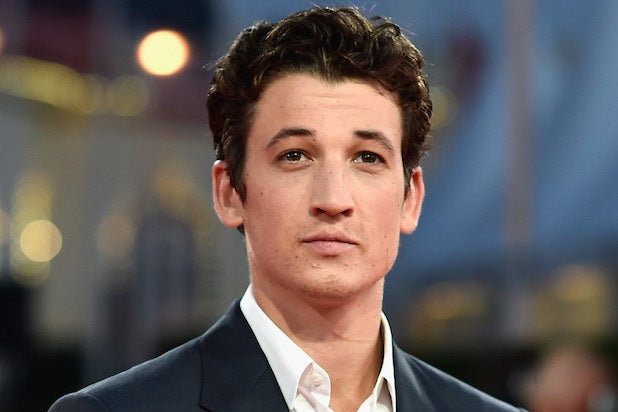 Miles Teller is in talks to star in DreamWorks’ PTSD drama “Thank You for Your Service,” which will mark the directorial debut of “American Sniper” screenwriter Jason Hall, multiple individuals familiar with the project has told TheWrap.

DreamWorks declined to comment, while a representative for Teller cautioned that there’s no deal in place yet.

Oscar-nominated writer Hall also adapted “Thank You for Your Service,” which is based on the nonfiction book by David Finkel that was published in October 2014.

“Thank You for Your Service” follows three U.S. soldiers who return from Iraq and struggle to integrate back into their civilian lives with their families since they are still haunted by the horrific memories of war.

Clint Eastwood’s “American Sniper” grossed $547 million worldwide and made Hall one of Hollywood’s go-to creatives for military-themed projects. His latest comes with a starry history, as Steven Spielberg once planned to direct Jennifer Lawrence in the film.

Insiders suggest that Teller has been determined to tackle more serious material as he tries to move on from the media circus surrounding “Fantastic Four” and get back to focusing on work. He’s set to star alongside Jeff Bridges and Rosamund Pike in Marc Webb’s “The Only Living Boy in New York,” and as a producer, he’s developing “The Life and Times of the Stopwatch Gang.”

In addition to the next “Divergent” sequel “Allegiant: Part 1,” Teller will soon be seen in Todd Phillips’ “Arms and the Dudes” with Jonah Hill and as boxer Vinny Pazienza in the boxing drama “Bleed for This.” He’s represented by CAA.