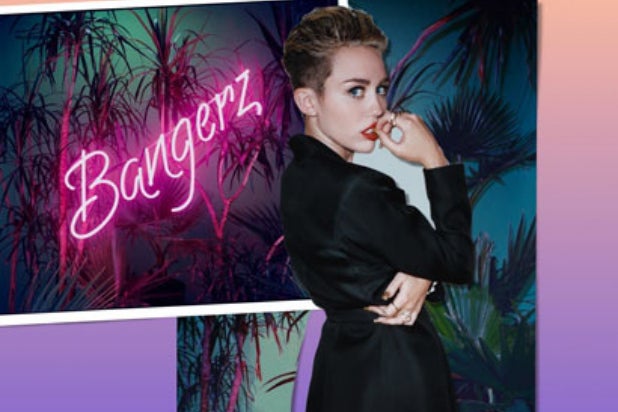 Depending on whom you read, Miley Cyrus‘ new album “Bangerz” is a “sometimes great,” “not very fun” “party grenade” that “just sounds like noise.”

Whether any of that means it’s good or bad, we can’t quite tell.

Jessica Hopper of Spin wrote, “The entertainment value of Cyrus’ work is more than simply typical pop pleasure: It is the slow-motion horror of watching toxic sleaze replace toxic purity.” She continued, “‘Bangerz’ is a precise album that flits between bombastic and turgid; it is not very fun.”

Jon Caramanica of The New York Times wrote, “‘Bangerz’ serves as a catalog of the now, borrowing from several of the latest movements without being beholden to a single idea or crew.” He added, “The results are scattershot, but sometimes great, reflecting an artist still making sense of new inputs.”

Mikael Wood of the Los Angeles Times quantifies “Bangerz” with three stars out of four. He also qualifies the offering by saying, “There’s plenty more provocation on ‘Bangerz,’ which moves away from the glossy electro-pop sound of Cyrus’ earlier records toward a grittier, hip-hop-inspired vibe.” Wood tips his cap to the original single, “We Can’t Stop,” saying it “still astounds; it might be the calmest, most clear-eyed rebel yell since Janet Jackson‘s ‘Control.'”

Jon Dolan of Rolling Stone calls “Bangerz,” “The sound of Hannah Montana gone ‘Miami Vice.'” Dolan says the record sounds like a “Rihanna-meets-Gaga-meets-Pink-meets-Britney party grenade.” It is unclear if those are good or bad things.

Jason Lipshulz of Billboard reviewed the album track-by-track, saying the compilation is “neither the best nor worst pop album released this year, but it’s inarguably the most fiercely individual.” Lipshulz uses the CD’s final track to make a larger statement, writing, “‘Someone Else’ does not completely resonate, especially at its running time, but it makes for a fascinating listen nonetheless — much like ‘Bangerz’ in its entirety.”

Sam Lansky of Idolater gives Cyrus a 2.5 out of 5, saying her “talent gets muddied in pursuit of a something less enduring.” He adds that “Bangerz” “doesn’t make for a listenable album.” Lansky sums it all up, saying, “There are some great songs on ‘Bangerz,’ but there, and elsewhere, she’s banging so loud that it just sounds like noise.”