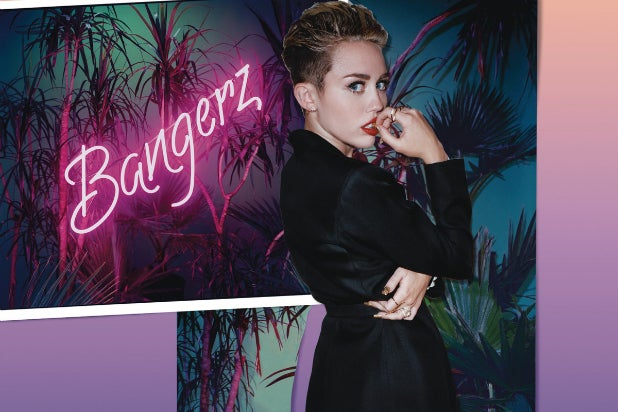 Despite mixed reviews, Billboard is all but ready to begin printing next week’s 200 chart with Miley Cyrus‘ “Bangerz” at the top.

Industry insiders are predicting that the album will sell 250,000 units in its first week, according to Billboard.

Should “Bangerz” debut at No. 1 as expected, it would be Cyrus’ fifth chart-topper — counting her soundtrack work in her former “Hannah Montana” existence. Those will still count in her career of course, despite Cyrus’ desperate attempts to pretend they never happened.

Cyrus’ closest competition is expected to be Justin Timberlake‘s second week sales of “The 20/20 Experience — 2 of 2” and Panic at the Disco’s debut of “Too Weird To Live, Too Rare to Die!” Timberlake sold 350,000 albums in his first week.