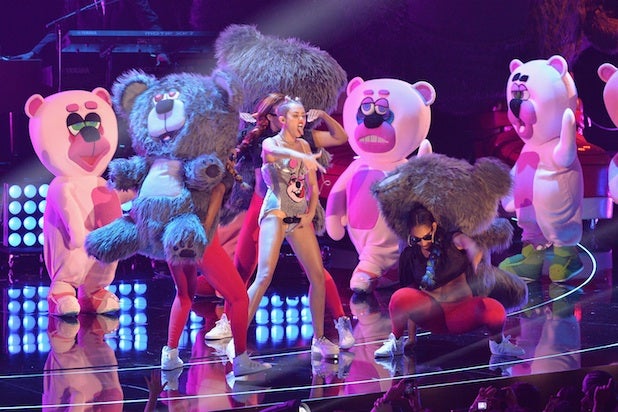 Miley Cyrus has been pretty pleased that people are still talking about her infamous performance during the MTV Video Music Awards in August. But, one person on-stage that day has opened up about the experience and she doesn’t have very good things to say about it.

Dancer Hollis Jane, a little person who was one of the dancing bears on stage, said she was humiliated by the performance.

“I had never been in a performance where I was purely meant to be gawked or laughed at. I will never forget that performance because it is what forced me to draw my personal line in the sand,” she wrote on her personal blog.

Jane wrote the blog post after friends of hers got into a heated debate on Facebook about the kinds of jobs little people performers should or shouldn’t accept in their careers.

She goes on to say that she was “shaking and crying” after the first dress rehearsal for the performance at Brooklyn’s Barclay Center.

“I love being the center of attention, but that was something different,” the 24-year-old wrote. “I was being stared and laughed at for all of the wrong reasons. I was being looked at as a prop… as something less than human.”

Also read: Taran Killam on Twerking With Miley Cyrus in ‘SNL’ Shutdown Sketch: ‘I Was With the Master, Right?’

Meanwhile, Cyrus appeared on “The Ellen DeGeneres Show” on Friday and said she didn’t understand what all the fuss is about.