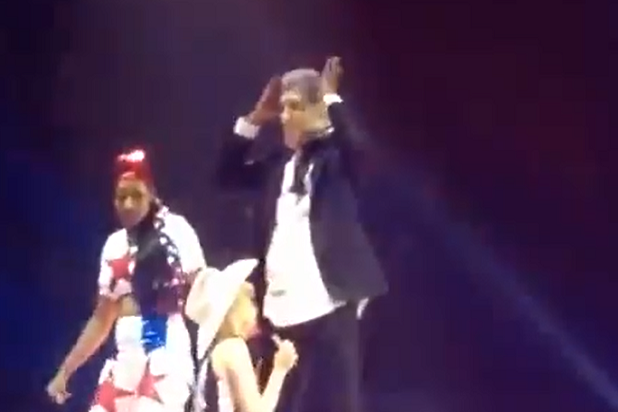 “Wrecking Ball” chanteuse Cyrus brought a patriotic flare to her concert in Vancouver over the weekend, donning a red, white and blue costume while prancing with Mount Rushmore and the Statue of Liberty.

Oh, and she also paid apparent homage to the Monica Lewinsky scandal by dropping to her knees in front of a guy wearing a Bill Clinton mask.

The historical moment came during a rendition of Cyrus’ hit “Party in the USA,” so there was at least a solid thematic grounding for the spectacle.

During the performance, Cyrus also did a little booty-shaking in front of a dancer dressed as the Liberty Bell. Insert your own “crack” joke here.