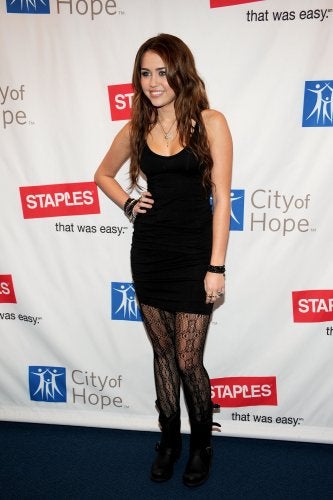 Last February a photo appeared on the internet of Cyrus slanting her eyes in apparent parody of Asians.

The image showed Cyrus and several Caucasian friends surrounding a young Asian man while either narrowing or — like Cyrus — stretching their eyelids.

Some saw plaintiff Lucie Kim’s suit as political correctness run amok, while Asian groups and others believed Cyrus had gone out of her way to mock them.

When Kim’s lawyer, Henry Lee, asked for a reason for the dismissal, Sohigian, a methodical and soft-spoken judge, said simply that he agreed with the defense’s arguments and that he considered Cyrus’ gesture to be protected parody.

The case was a minor bellwether not only because it touched upon the volatile ethnic sensitivities that come into play nearly every day in Los Angeles, but because Lee attempted to paint the Hannah Montana icon as a business entity that had engaged in racial discrimination by presenting to Asians an offensive facial expression.

Cyrus’ lawyer Bryan Sullivan began the demurrer hearing by noting that since Kim had viewed Cyrus’ eye-stretching antics on the internet, she lacked legal standing as a plaintiff and that Cyrus was an individual, not a business.

“I haven’t seen anything like that since I was 12 years old,” Lee, who is Asian, told the court. “If [Cyrus] is going to put her face out on the market and make money on it, she can’t use it to communicate a racial insult.”

Afterward, Lee told TheWrap that an appeal of Sohigian’s ruling is a possibility that will be considered.