The third season of “Millionaire Matchmaker” premieres tonight at 10 p.m. ET/PT on Bravo, and this time it’s personal. 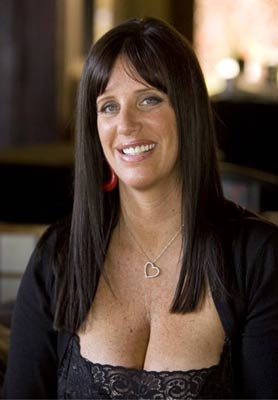 That’s because this season, in addition to matching up millionaires (both male and females), gay clients and even “a bi-curious millionaire,” the show’s star, Patti Stanger, is planning her own wedding.
And yes, she met him through a matchmaker.
The self-proclaimed “third-generation matchmaker” promises there are “millionaires on every corner,” including those who appear in her show this season.
They include former child star Justin Shenkarow, publicity firm founder Tyler Barnett, the twentysomething co-founders of trash removal company College Hunks Hauling Junk and “Stigmata” director Rupert Wainwright.
And then there’s the bi-curious millionaire. “Tila Tequila, look out! Only my person’s a nice person,” Stanger said.
Bravo is holding off on adding celebrities into the mix, but Stanger said that would be the show’s fourth season: “Celebrities in the real world.”
Stanger had a real-life encounter with a celebrity Jan. 14 when she appeared on “The Oprah Winfrey Show.” That appearance will be part of an episode of “Millionaire Matchmaker” later this season.
“It was great,” she said, “but it was rushed because my show was taping at the same time.
“It’s really hard to do a show at the same time as you’re running a business,” Stanger said. “People don’t realize how hard this is. I’m not Donald Trump with 5 million employees. We’re a small company.”
But that personal touch is the key to her success, Stanger says.
Those unable to meet with her personally can look forward to the recently published paperback edition of her book, “Become Your Own Matchmaker,” or her how-to dating DVD, due out next year.
Intuitive Entertainment and Bayonne Entertainment produce the series for Bravo. Kevin Dill, Mechelle Collins and Rob Lee are executive producers.
x
Looks like you're enjoying reading