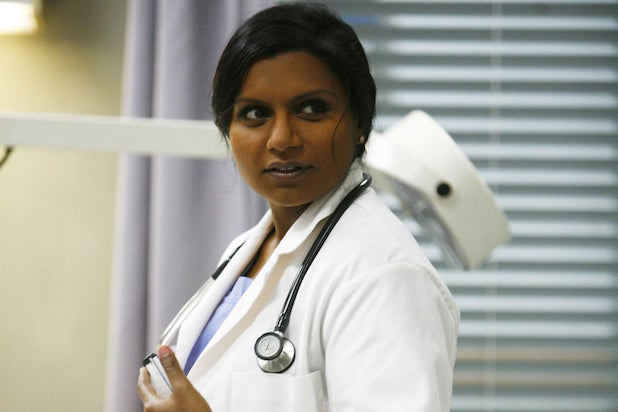 Despite what people may have read on Salon.com on Wednesday, Mindy Kaling is not a Republican.

The “Mindy Project” star and creator took to Twitter in the afternoon to dispute an article written by Daniel D’Addario, with a headline reading, “Republican Mindy Kaling brings gun-rights humor to her show.“

“I’m not, it is bewildering,” Kaling tweeted in response to BuzzFeed’s chief Los Angeles correspondent Kate Arthur, who wrote, “I didn’t know Mindy Kaling is a Republican.”

D’Addario’s article — which has since been updated to include Kaling’s response — was a reaction to a joke in the season premiere of her Fox sitcom. When Mindy’s fiancé wants to move their wedding up a week, she asks: “Don’t you think that’s kind of rushed? It took me longer to get a permit for my handgun!”

“Alleging that gun restrictions are too onerous is an unusual step for a comic, and perhaps out-of-sync with the public mood in the wake of several mass shootings, some of which, like the Sandy Hook shooting, took place months before this episode would have been shot,” D’Addario wrote (the commentary has been removed in update). “But Mindy Kaling is one of the good gun owners, and restrictions are as annoying as a guy changing the date of your wedding.”

D’Addario also cites Kaling’s own tweets, former colleagues, and other articles that offer confusing confirmation that she is “a weirdly pro-gun Republican.” That particular quote, however, comes from her memoir, “Is Everyone Hanging Out Without Me? (And Other Concerns),” in which “Parks and Recreation” co-creator wrote the line as part of a satirical eulogy.

No matter where D’Addario got his information, Kaling was amused by his conclusion, and told TV Guide’s Michael Schneider that she won’t take it too seriously because “it’s ridiculous.”

@KateAurthur Yeah, It’s like assuming Alec Baldwin has Jack Donaghys politics or something. It is so weird and funny to me and my staff.

@franklinavenue thanks Michael, I’m glad you saw that too! none of it’s true, but i kinda don’t want to entertain it cuz it’s ridiculous

Don’t believe everything a comedian says, or what anyone else says about them on the internet.