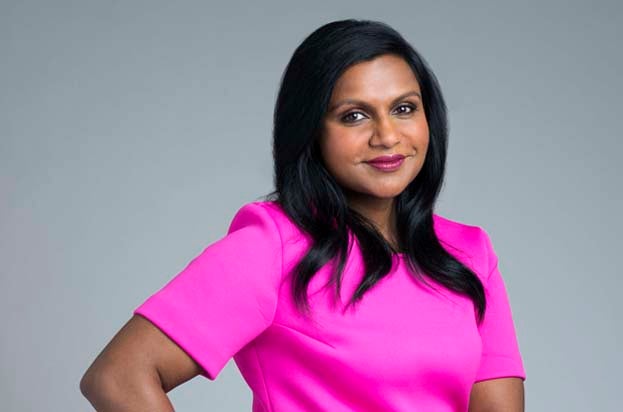 Photographed by Haoyuan Ren for TheWrap

Mindy Kaling says that in the early days of “The Office,” she faced discrimination from the Television Academy when the show was nominated for an Emmy for Outstanding Comedy Series.

Kaling said in a recent interview with Elle that Television Academy officials told her they were going to cut her name from the show’s list of eligible contenders because there were too many producers listed. She was also a producer, and the only woman of color on the writing staff.

“They made me, not any of the other producers, fill out a whole form and write an essay about all my contributions as a writer and a producer. I had to get letters from all the other male, white producers saying that I had contributed, when my actual record stood for itself,” she told Elle.

She did get her name back on the list of eligible contenders, though “The Office” didn’t end up winning that year.

The Television Academy declined TheWrap’s request for comment Wednesday, but said in a statement to Variety:

Kaling addressed the Academy’s response in a tweet Wednesday.

“Respectfully, the Academy’s statement doesn’t make any sense. I *was* singled out. There were other Office writer-performer-producers who were NOT cut from the list. Just me. The most junior person, and woman of color. Easiest to dismiss. Just sayin'” Kaling said.

“I’ve never wanted to bring up that incident because The Office was one of the greatest creative experiences of my life, and who would want to have an adversarial relationship with the Academy, who has the ongoing power to enhance our careers with awards?” she continued in another tweet.

“But I worked so hard and it was humiliating. I had written so many episodes, put in so much time in the editing room, just to have the Academy discard it because they couldn’t fathom I was capable of doing it all. Thankfully I was rescued by my friends, the other producers,” she added. “The point is, we shouldn’t have [to] be bailed out because of the kindness [of] our more powerful white male colleagues. Not mentioning it seemed like glossing over my story. This was like ten years ago. Maybe it wouldn’t happen now. But it happened to me.”

Later Wednesday evening, Kaling called for an apology from the Academy.

“Hey, @TelevisionAcad! I have been a proud member for years. I was the 1st woman of color nominated for writing a comedy script. Why not say “years ago we prevented a deserving woman of color from getting credit for her accomplishments. We’re sorry and it would never happen now,” she tweeted.

Kaling shared another story in an interview earlier this year with “Good Morning America” while promoting her film “Late Night.”

She and her character in the movie, Molly Patel, have gone through similar things while working in the television industry, she told “GMA.”

“Molly had an identical experience as I had when I first started working on ‘The Office,’ where I was the only minority and the only woman to work on the writing staff,” Kaling said.

“I remember that so vividly. The nervousness I felt … going into that mostly Harvard room of writers, who had all worked on TV before, and feeling so overwhelmed and being so nervous I was going to get fired every day, for like a year.”

Ultimately, her role as Kelly Kapoor on “The Office” shot her to fame, and she went on to become the first woman of color to create, write, and star in a primetime sitcom with “The Mindy Project,” which ran for six seasons on Fox and Hulu. She has an upcoming television series with Netflix called “Never Have I Ever” set to debut in 2020.