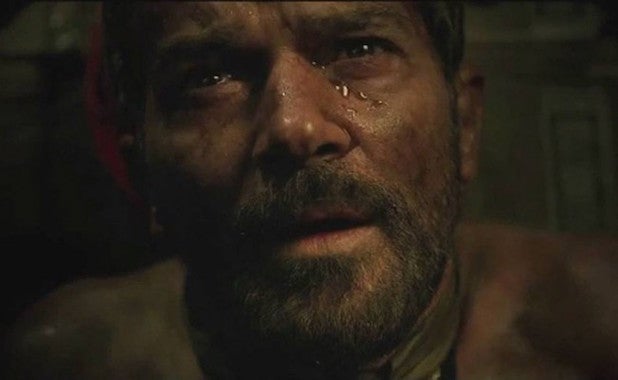 “The 33” tells the real-life story of the 33 Chilean miners who were trapped more than 200 stories underground enduring 100 degrees Fahrenheit beneath a megaton boulder twice the size of the Empire State Building for 69 days following the collapse of the San Jose copper and gold mine.

Fox has the distribution rights to the film in Latin America, while Alcon/WB have most of its worldwide rights.

The rescue became a global broadcast news event that captivated the attention of over a billion people worldwide. The 33 miners’ ordeal represents the longest underground survival story in history.

Producer Mike Medavoy, who lived in Chile for 10 years, developed the project in cooperation with the miners, their families and rescuers, and produced the film with Robert Katz and Edward McGurn.

“It’s a pretty amazing story,” Medavoy told TheWrap. “Hector Tobar wrote the book and has won all kinds of prizes… There’s a lot of things people didn’t know about the  miners when they were down there, the kind of things they went through. Having lived in Chile for 10 years, I thought it was an important story to tell.”

Mikko Alanne, Craig Borte and Michael Thomas penned the script based on the screen story by Jose Rivera and the critically acclaimed book “Deep Down Dark” by Hector Tobar.