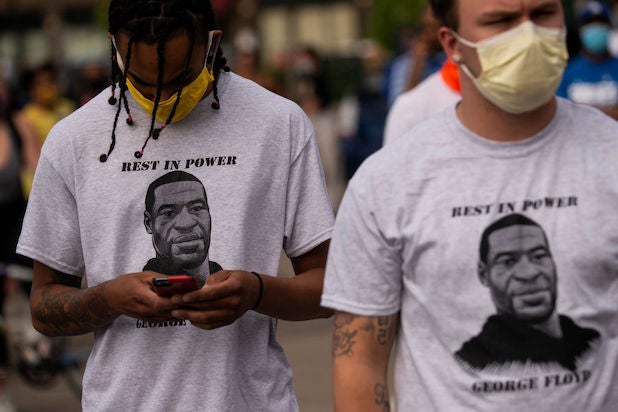 Derek Chauvin, the former Minneapolis police officer who choked George Floyd with his knee, has been arrested and charged with third-degree murder and manslaughter, Hennepin County D.A. Mike Freeman announced on Friday.

“This is by far the fastest we’ve ever charged a police officer,” Freeman said. “There may be subsequent charges later.”

Floyd died on Monday after Chauvin, a white officer, choked Floyd with his knee for several minutes, even as Floyd repeatedly said, “I can’t breathe.” A bystander captured the incident on camera, which quickly circulated on social media and led to protests across the country that have continued since Wednesday.

Also Read: Taylor Swift Slams Trump for 'Threatening Violence' Against Minneapolis Protesters: 'We Will Vote You Out'

Four of the officers involved in the fatal arrest — Chauvin, Thomas Lane, Tou Thao and J. Alexander Kueng — were fired from the Minneapolis Police Department, Mayor Jacob Frey announced on Tuesday. Floyd’s family has also called for murder charges to be filed against the officers involved.

During a press conference on Friday, Minnesota Gov. Tim Walz said he wanted “swift” justice and noted that the protests were the result of “generations of pain” and “anguish unheard.”

On Wednesday night, Trump tweeted that he had requested the FBI and the Department of Justice to investigate Floyd’s death. And during a Thursday press conference, Press Secretary Kayleigh McEnany said Trump was “very upset” after watching the video of Floyd’s arrest and called it “egregious, appalling, tragic.” “He wants justice to be served,” McEnany said.

But later on Thursday, the president threatened those protesting Floyd’s death by tweeting, “When the looting starts, the shooting starts.” Twitter placed a content warning on the tweet for “glorifying violence.”