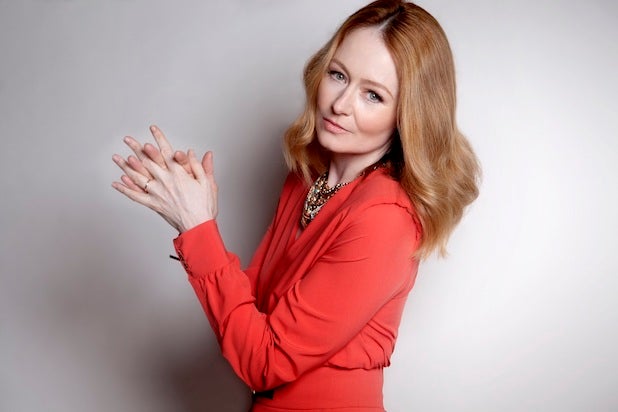 Otto will play Zelda Spellman, Sabrina’s sterner witch aunt (the other being Hilda, played by Lucy Davis). Proud and devout, Zelda believes there is no greater honor than serving the Dark Lord as a member of the Church of Night. She is the family’s disciplinarian, fiercely protective of Sabrina (series star Kiernan Shipka), and very much Cain to Hilda’s Abel.

The role was previously played by Beth Broderick on the ABC and WB sitcom starring Melissa Joan Hart, which aired from 1996-2003.

Otto has appeared on Fox’s “24” revival, “Homeland,” and “Rake.” She also portrayed Eowyn in the “Lord of the Rings” films. She’s repped by Gersh and Management 360.

Based on the Archie Comics graphic novel “The Chilling Adventures of Sabrina,” the project was first developed at The CW as a companion series to fellow Archie-verse show “Riverdale.” The series is said to be tonally similar to “Rosemary’s Baby” and “The Exorcist” and described as “a dark coming-of-age story that traffics in horror, the occult and, of course, witchcraft.”

It was given a two-season, straight-to-series order at Netflix.

The “Sabrina” reboot is executive produced by “Riverdale” showrunner Roberto Aguirre-Sacasa, who writes “The Chilling Adventures of Sabrina” comic books and penned the scripts for the series. Aguirre-Sacasa will direct the project and executive produce with “Riverdale” team Greg Berlanti, Sarah Schechter, Archie Comics CEO Jon Goldwater and Lee Toland Kriege. The project hails from from Berlanti Productions in association with Warner Bros. Television.