The 10-episode series will tell the story of Marco Mejia, a young gender non-conforming queer man whose life seems to be stuck in place until he lands a job working for legendary makeup mogul Madolyn Addison. It’s Marco’s first chance to figure out what he wants out of life, who he actually is, and what it really means for him to be queer.

Casting is now underway for the Madolyn Addison character. 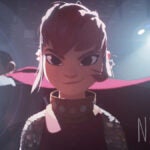