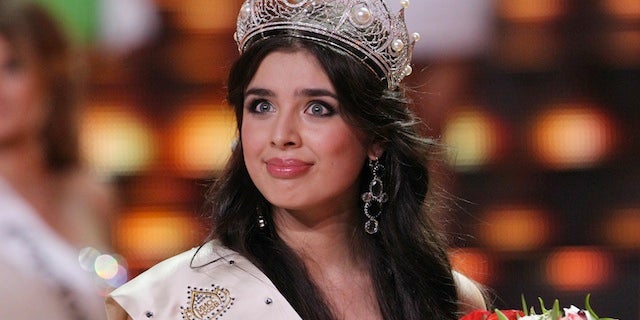 The Miss Universe Organization has responded to criticism over its choice to hold its next pageant in Russia, which recently enacted anti-gay laws.

The organization, which is owned by real estate mogul Donald Trump, says it's "deeply concerned" by the country's anti-gay laws and treatment of gay citizens and said that the laws are "diametrically opposed" to the company's gay values.

Nevertheless, it will continue its plans to hold their next pageant in Moscow on Nov. 9.

"The safety of our contestants, staff and crew is of the utmost importance and we are working with our Russian hosts to ensure the security and well-being of those traveling to Russia for the pageant," it statement reads.

The organization has been under pressure from various groups, individuals and online petitions asking the company to relocate the pageant.

See video: Stephen Colbert May Have to Save Winter Olympics Again … This Time From the Gays

"Thousands of people are signing my petition, which keeps growing everyday. I, along with the 27,000 people who have signed my petition, will keep pushing until all pageant fans — gay and straight — can attend without fear of injury or incarceration.”

Last week, Bravo star Andy Cohen announced that he won't be returning to co-host the event. He cited fears for his safety and freedom. "The law is that anyone under suspicion of homosexuality can be arrested," he said.

In June, Russia came under fire from global activists after enacting laws that prohibited adoption by gay people and made it legal to arrest persons suspected of being gay or spreading pro-gay propaganda.

The 2014 Winter Olympics are set in Russia, as well, and has protestors worldwide calling for a boycott of the games.

The Miss Universe Organization believes in equality for all individuals and is deeply concerned by the laws recently enacted in Russia and currently in place in several other countries. Both the law, as well as the violence experienced by the LGBT community in Russia, are diametrically opposed to the core values of our company. Our organization has always embodied a spirit of inclusion and is a celebration of people from all countries and walks of life.

It is our hope this year's Miss Universe contest in Moscow will help foster a common understanding and appreciation of the rights of all individuals, regardless of their nationality, race, religion or sexual orientation.

In our sixty year history we have witnessed, and been a party to, many social changes including those within the LGBT community. It has been our experience that the Miss Universe pageant provides a forum through which contestants from more than 90 countries, as well as their families and friends, forge bonds with citizens of a host country, helping to serve as a catalyst for social change.

The safety of our contestants, staff and crew is of the utmost importance and we are working with our Russian hosts to ensure the security and well-being of those traveling to Russia for the pageant.