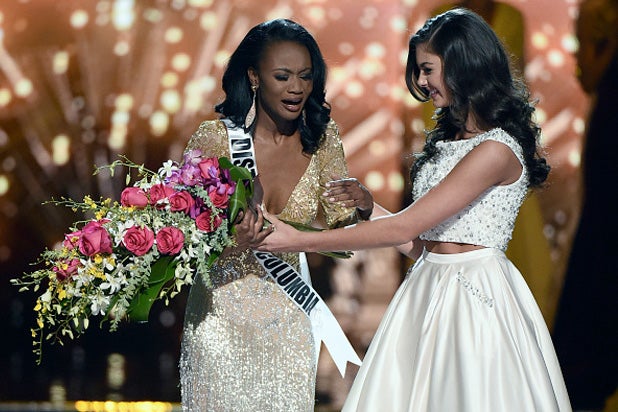 Game 2 of the NBA Finals dominated Sunday night, as the Miss USA pageant flopped in its first year on Fox.

The special, which had been broadcast on NBC until two years ago, actually aired on the low-rated cable channel Reelz last year, amid a cloud of controversy surrounding former owner Donald Trump.

Fox’s pageant was still way up versus the 2015 version on Reelz.

Fox was second in ratings with a 1.1/4 and third in viewers with 4 million. “Miss USA” was all it aired in primetime.

Univision was third in ratings with a 1.0/3, but fifth in viewers with 2.4 million.

Telemundo was sixth in ratings with a 0.4/1 and in viewers with 1.3 million.