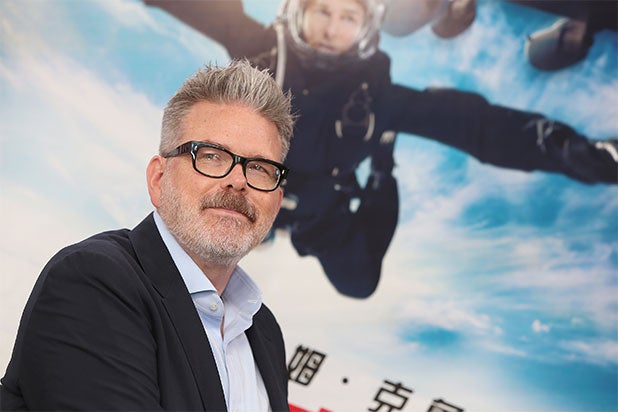 McQuarrie will executive produce with Heather McQuarrie and the book’s authors.

“Christopher McQuarrie is a master of complex and compelling filmmaking. We feel so lucky to have ensnared him along with the supremely talented Tony Peckham to adapt ‘The President Is Missing,'” said Gary Levine, president of entertainment at Showtime. “They are both extremely enthusiastic about bringing this uniquely authentic political thriller to life on Showtime.”

“The President Is Missing,” a thriller co-written by the former president and the bestselling author, was published last June.

In “The President Is Missing,” a powerless and politically aimless vice president unexpectedly becomes president halfway into his administration’s first term, despite his every wish to the contrary. He walks right into a secret, world-threatening crisis, both inside and outside the White House. Attacked by both friends and enemies alike, with scandal and conspiracy swirling around him, he is confronted with a terrible choice: keep his head down, toe the party line and survive, or act on his stubborn, late-developing conscience and take a stand.

McQuarrie wrote the screenplay for “The Usual Suspects,” and has directed the last two “Mission Impossible” films “Rogue Nation” and “Fallout.” Last month he signed on to write and direct the next two films in the series, which will film back-to-back.