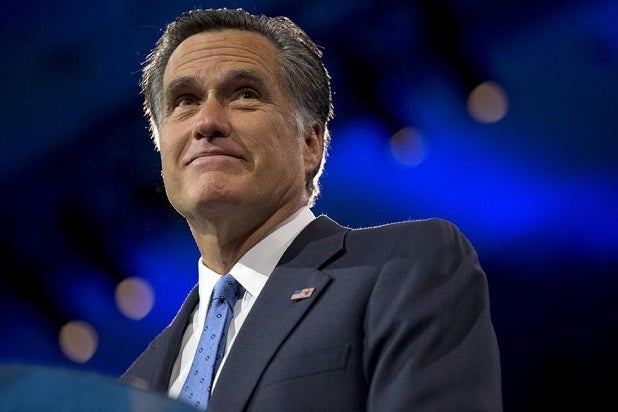 Former Republican presidential nominee Mitt Romney on Sunday accepted the apology of MSNBC host Melissa Harris-Perry, who earlier had joked about a photo of his family and their adopted African-American infant grandson.

“I recognize that people make mistakes and the folks at MSNBC made a big mistake and they’ve apologized for it and that’s all you can ask for,” he said on “Fox News Sunday,” a day after Harris-Perry said she was sorry for the remarks in an emotional on-air mea culpa.

“I’m going to move on from that, I’m sure they want to move on from that,” Romney continued. “Look, I’ve made plenty of mistakes myself and they’ve apologized for this and, you know, I think we can go on from there,” he told host Chris Wallace in a segment labeled “Romney Reacts to MSNBC for Mocking Family Photo.”

Harris-Perry on Saturday offered a televised apology for her show’s Dec. 29 segment, which was titled “What’s So Funny About 2013.”

On last weekend’s “Melissa Harris-Perry” show, Harris-Perry led a panel in discussing the “Photos of the Year,” which included a Romney family Christmas photo. In the photo, Romney is seen holding his adopted grandchild, Kieran, who is black.

“Whatever the intent was, the reality is that the segment proceeded in a way that was offensive and showing the photo in that context of that segment was poor judgment. So without reservation or qualification, I apologize to the Romney family.”

Romney, a former Massachusetts governor, said public figures such as himself are “fair targets” and politicians can expect “incoming.”

“For children, that’s beyond the line,” he said Sunday, adding he believed that Harris-Perry’s apology was “heartfelt.”