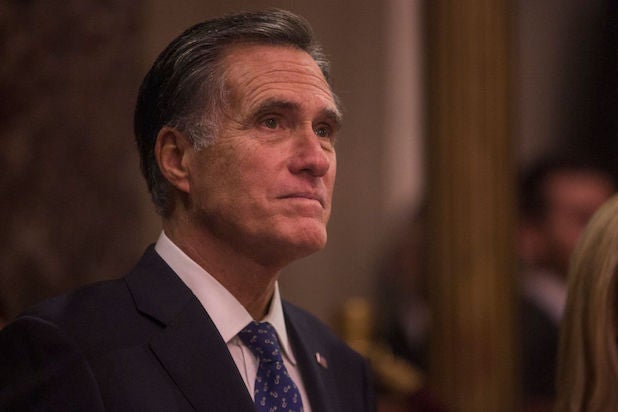 Senator Mitt Romney called for an end of the “vile, baseless” accusations promoted by Trump that then-Senator Joe Scarborough murdered one of his aides, Lori Klausutis, for the sake of her widower.

“I know Joe Scarborough. Joe is a friend of mine. I don’t know T.J. Klausutis. Joe can weather vile, baseless accusations but T.J.? His heart is breaking. Enough already,” Romney tweeted on Wednesday morning.

Klausutis had an undiagnosed heart condition. According to the coroner, she passed out, fell over and died after hitting her head on her office desk in 2001. The coroner determined that another person did not strike Klausutis.

Her widower, T.J., even sent a letter to Twitter CEO Jack Dorsey, asking that the platform delete Trump’s tweets.

“President Trump on Tuesday tweeted to his nearly 80 million followers alluding to the repeatedly debunked falsehood that my wife was murdered by her boss, former U.S. Rep. Joe Scarborough. The son of the president followed and more directly attacked my wife by tweeting to his followers as the means of spreading this vicious lie,” Klausutis wrote. “Please delete those tweets. My wife deserves better.”

Despite this, Trump has continued to speculate whether Scarborough murdered Klausutis both on Twitter and during press conferences. Press Secretary Kayleigh McEnany also argued that the false conspiracy wasn’t an “original Trump thought,” echoing a phrase the president himself tweeted on Tuesday. Twitter also apologized but did not respond to whether it would delete or mark Trump’s tweets about Scarborough and Klausutis. (The company did, however, place its first fact-check on the president’s inaccurate tweets about mail-in ballots on Tuesday.)