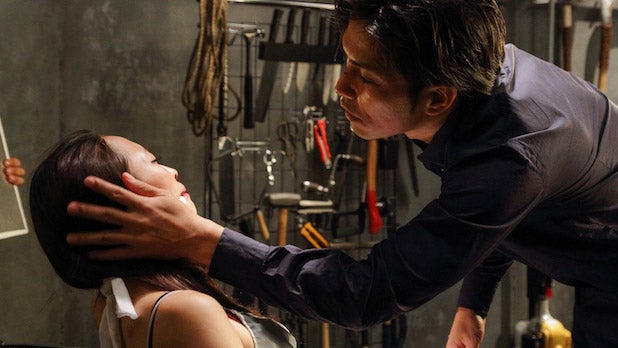 In a competitive situation following Sundance, distributor Well Go USA Entertainment has picked up North American rights to the Park City at Midnight favorite “Killers,” which was executive produced by “The Raid” director Gareth Huw Evans, TheWrap has learned.

Also Read: Sundance: ‘The Raid 2’ Director Gareth Evans – ‘See It Before the MPAA Has a Heart Attack’ (Video)

The film was produced by Tjahjanto and Stamboel, as well as Yoshinori Chiba, Shinjiro Nishimura and Takuji Ushiyama.

“Killers” follows two serial killers, one Japanese and one Indonesian, as they post their violent crimes online in a psychotic battle for notoriety. It soon becomes clear that they will square off with one another face to face.

XYZ and Evans will reteam with Tjahjanto on the action thriller “The Night Comes For Us,” which Radius-TWC pre-bought domestic distribution rights to in advance of a scheduled 2015 release. Tjahjanto will direct, while Evans will produce and handle action direction. The two filmmakers previously collaborated on the “Safe Haven” segment of “V/H/S 2.”

Also Read: Sundance Video: Hollywood Torrent’s Best of the Fest – ‘The Raid 2’ and a 2-Year-Old (Video)

At the European Film Market, XYZ will also be selling Kevin Smith’s horror film “Tusk” and the Maori actioner “The Dead Lands” from director Toa Fraser. XYZ Films produced and is handling world sales on Evans’ sequel “The Raid 2,” which was well received when it premiered at Sundance last month. The company will also handle sales on Patrik Syversen’s Scandinavian werewolf movie “Party Animal.”

XYZ Films is an LA-based film production and sales company founded in 2008 by Bolotin, Nick Spicer and Aram Tertzakian, with partner Todd Brown joining the company in 2009.