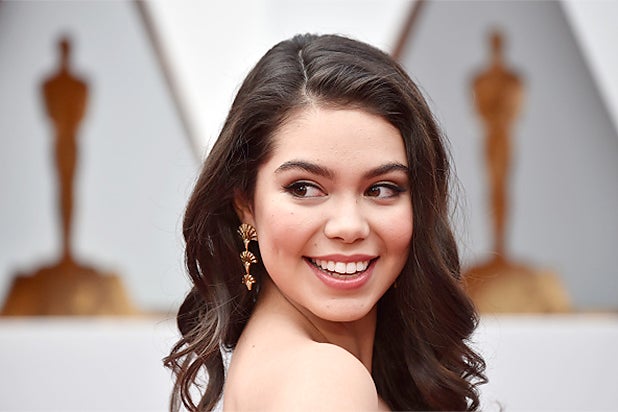 Based on the book of the same name by Michael Sokolove, and also life rights of Lou Volpe, “Drama High” centers on an extraordinary working class high school drama department and the incredible students who come alive under a passionate teacher and family man, whose dedication to the program galvanizes the entire town.

Cravalho will play the part of Lilette, one of the students. The role calls for the ability to sing so Cravalho should get to showcase her voice.

Katims will write and executive produce. “Hamilton” producer Jeffrey Seller will also executive produce along with Michelle Lee and Flody Suarez. This is the first NBC project for Seller who, along with Suarez, signed a production deal with Universal Television last year.

Cravalho recently worked with “Hamilton” creator Lin-Manuel Miranda on “Moana,” and the two sang a duet Sunday night at the Oscars, where she mentioned the pilot on the red carpet.

The actress is represented by CESD.