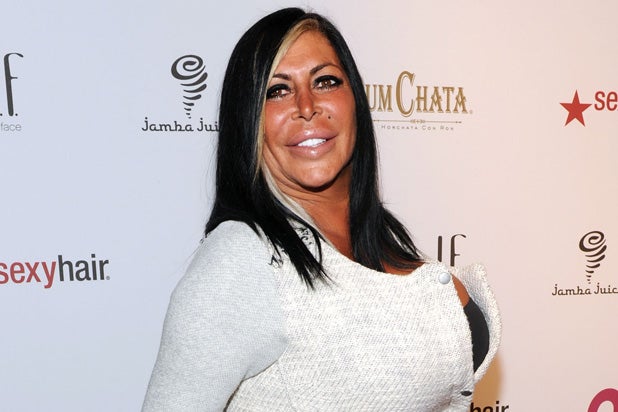 “Mob Wives” star Angela “Big Ang” Raiola died of cancer early Thursday morning, according to a posting on her official Twitter account by a family member. She was 55.

Raiola, who joined the cast of “Mob Wives” in 2012 and soon became a fan favorite, was diagnosed with stage 4 brain and lung cancer last month.

According to a statement on Raiola’s official Twitter account by family spokesman Vinnie Medugno, Raiola died at 3:01 a.m. Thursday “surrounded by nothing but love from her immediate family, and closest friends.”

“She truly went out richer than any monetary value could ever amount to,” the statement continued. “The family asks for privacy and peace during this most difficult time. In typical Big Ang fashion, we knew she would say ‘Love you my babies!'”

Raiola joined “Mob Wives” Season 2 in 2012 because her uncle, the late Salvatore “Sally Dogs” Lombardi, was a captain of the Genovese family. She quickly became a fan favorite and landed her own spin-off show later that year.

Along with her TV career, she also owned a bar called Drunken Monkey in Staten Island, New York.

Raiola, a longtime smoker, was diagnosed last year with throat cancer. A lemon-sized tumor was discovered and removed in March 2015. That June, she underwent the same procedure for the right side of her throat.

But in December, the cancer was reported to have returned. And last month, the prognosis got worse when she was diagnosed with Stage 4 brain and lung cancer.

This is @vinniemedugno on behalf of the family of Angela Raiola, please see below: pic.twitter.com/wiuPApr9Lw

There had been some confusion Wednesday night over Raiola’s condition.

News outlets led by ET reported that the VH1 reality star had lost her cancer fight, citing family members, but a spokesperson later denied the report. (The false report was initially cited by news outlets, including TheWrap.)