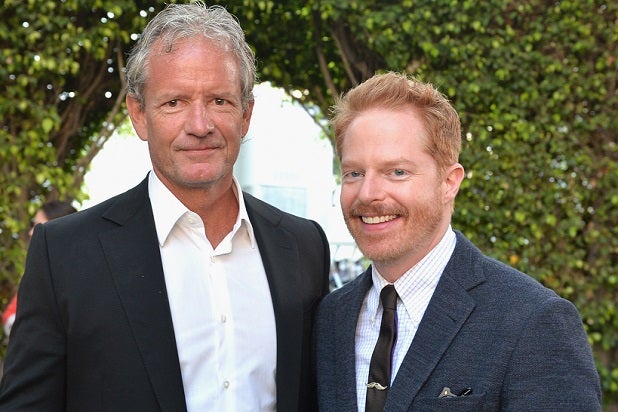 “Modern Family” fans, breathe a sigh of relief; the clan is back together after an uncertain week.

Series co-creator Christopher Lloyd will return to work on the show  after reaching a new deal with 20th Century Fox Television, the studio behind the show.

Lloyd — pictured above left with “Modern Family” star Jesse Tyler Ferguson — was a conspicuous absence last Tuesday, when writers convened to begin work on the sixth season of the ABC hit. At the time, Lloyd had not yet reached a new agreement with 20th.

Fellow co-creator Steven Levitan re-upped with 20th TV with a four year extension of his overall deal in March.

Details of the new deal were not disclosed. However, 20th Century Fox Television chairman and CEO Gary Newman said that he “couldn’t be happier” that Lloyd is remaining with the show.

“Chris is an incredibly gifted writer who — along with Steve — has created not just a hit series but one that is already considered a classic. It’s a testament to their dedication and commitment that six seasons in, both he and Steve are still running the series and the quality of the episodes remains  at an all time high,” Newman said in a statement.

“On a personal note, my relationship with Chris goes back a long time and I have great respect and admiration for him. I couldn’t be happier that he is staying ‘in the family’ — both literally and figuratively.”

“Modern Family” is no stranger to drama over contracts. Notably, a contract dispute with the cast of the series sparked a lawsuit, which was subsequently dropped when an agreement was reached in 2012.