Bummed that "Modern Family" will be in repeats for the next few weeks? Here’s something to help ease the pain.

Rather than send out one of those generic company e-cards that have become all too common this year (thanks, Great Recession and Al Gore). the fine folks at 20th Century Fox Television decided to help recruit the stars of "MF" to help spread some holiday cheer. And the results are quite hilarious, especially if you’re a TV biz insider.

The video e-card starts out with the "MF" cast members offering up pretty basic holiday wishes. And then, just when you’re about to surf away, up pops Gary Newman and Dana Walden, the chairs of 20th.

We’re not going to ruin the joke, but let’s just say Walden and Newman clearly have the "married couple" act down pat. They’re also far better actors than most executives we’ve seen on-air (cough, Ben Silverman). The producers of "Entourage" ought to give them a call.

The video card isn’t embeddable, so click here to check out the 20th holiday message. (And yes, the folks at the studio are OK with us sharing this with the world. After all– it’s good promotion for "MF"). 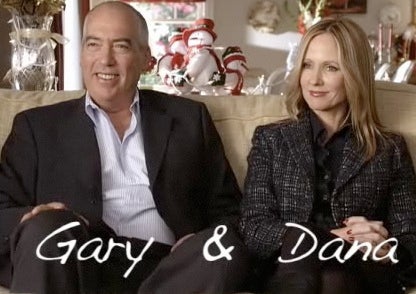