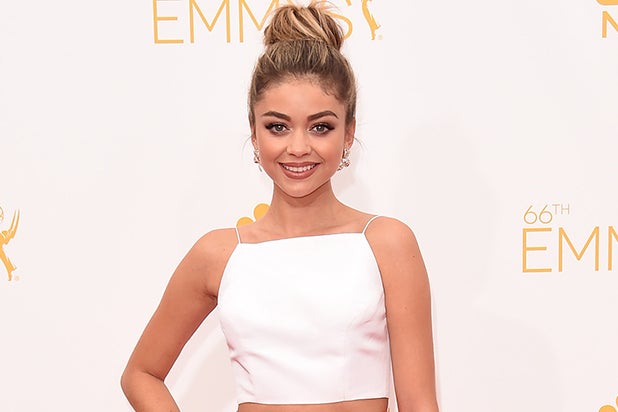 “Modern Family” star Sarah Hyland filed a restraining order against ex-boyfriend Matthew Prokop, alleging years of verbal and physical abuse that included choking, until costar Julie Bowen and others intervened to protect her, according to court documents obtained by TheWrap.

In a restraining order, Hyland alleged her then-boyfriend of four years “habitually verbally abused me, called me vile names and degraded me in public. … Over that time, he also repeatedly exhibited significant anger management issues which included things like throwing objects in my direction in anger, pushing me, punching walls and slamming doors.”

Hyland recently enlisted the help of “Modern Family” mom Julie Bowen and other co-workers to intervene on her behalf to end the relationship, at which point Prokop “ran outside into the backyard and began screaming,” according to the restraining order filed Sept. 19 in Los Angeles Superior Court.

Hyland also alleges that Prokop once pushed her against a car and choked her so hard she was afraid for her life.

“His grip was so tight that I could not breathe or speak,” the actress said in the restraining order. “I was scared and in fear for my life. I struggled to get free and continued gasping for breath, but he would not let go.”

Hyland also said she wanted to call the police after the incident, but Prokop begged her not to.

After their recent breakup, Hyland claims that Prokop “relentlessly bombarded me with vile, threatening and emotionally disturbing texts and voice mails including his own suicide threats,” according to the court documents.

Hyland and Prokop, an actor who had guest-starred on “Modern Family” in Season 3, had been living together since the summer of 2010, but he moved out and directly into a rehab facility in August of 2014. Hyland obtained the restraining order on the recommendation of a doctor who treated Prokop at the facility, which he left on Sunday.

Prokop’s reps did not immediately return TheWrap’s requests for comment.