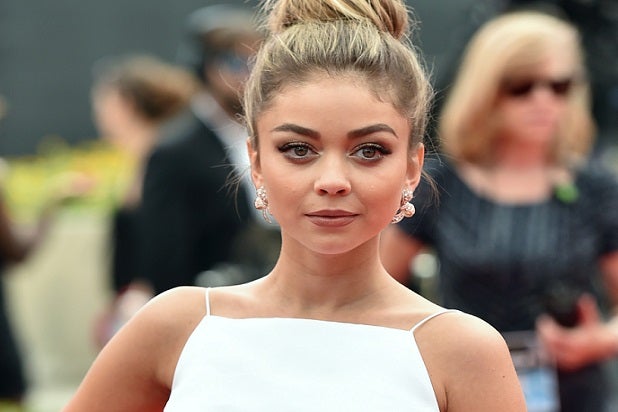 Sarah Hyland has opened up about her health woes and the psychological toll it has taken on her, saying that she “was contemplating suicide” after her body rejected a kidney transplant from her father.

“And at that time I was very depressed. For a long time, I was contemplating suicide,” “Modern Family” star Hyland said. “I had gone through 26 years of always being a burden, of always having to be looked after, having to be cared for, because I’ve always had health issues. And it’s a really helpless feeling.”

Hyland, who was diagnosed with kidney dysplasia as a child, said in an emotional interview with Self that was published Monday, that she felt like a “burden.”

Also Read: Sarah Hyland Furious With CVS Over Her Medication: 'I'm in a Lot of Pain'

Hyland said in the interview that she received the initial transplant approximately seven years ago, only to go into rejection about two years ago.

“You know, when a family member gives you a second chance at life and it fails, it almost feels like it’s your fault. And it’s not, but it does,” the actress said in the interview.

Hyland said that she began a dialysis regimen after it was determined that the transplanted kidney was not salvageable, and was ultimately removed.

“Things like this can be really hard on a person,” she said.

The actress has since received a second transplant after it was discovered that her brother was a match.

“It was really exciting, but there was still a lot to process. When a second family member, someone who you’re supposed to look after like a little brother, wants to give you a third chance at life, it’s scary. Because you don’t want to fail them,” Hyland noted.

“I felt a lot of pressure to make sure that it was good,” the actress added.