First and foremost, Bravo would be wise to announce — immediately — that Michaele is no long under consideration for a slot on the upcoming "Real Housewives of D.C."

Officially, "The decision as to who will be included in ‘The Real Housewives of D.C.’ will not be made for several months," a Bravo spokesperson told TheWrap Sunday. It’s also true that, as of now, the Salahis have been charged with no crime.

And, given the twists and turns in this case so far, who knows? Maybe it’ll turn out to be the case that Rahm Emanuel just waved the two in.

In the eyes of the Secret Service, however, the couple is very clearly guilty of punking White House security. And they invited camera crews along to document the buildup to their stunt — a sure sign that they weren’t doing this just to get up close and personal with the Obamas, or because they really wanted to hear Jennifer Hudson perform.

This alone should be enough for Bravo executives to swallow hard and just take these jokers out of the running — no matter much a ratings draw the Salahis might prove to be. 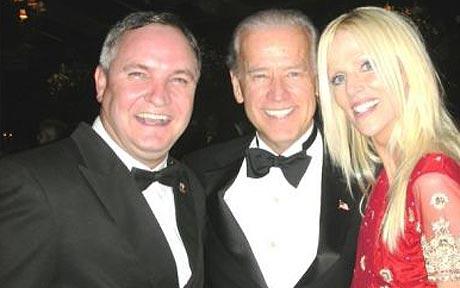 It would send the message to other reality contestants that actions have consequences. That, while it’s OK to be a little wacky on your audition tape or say crazy things while the cameras are rolling, it’s very much not acceptable to possibly break the law in order to break though the clutter of other would-be reality "stars."

Bravo has carved out a niche for itself as one of the classiest purveyors of unscripted TV. Its shows mostly feature intelligent, ambitious, goal-oriented cast members. They get lots of Emmy nominations.

But the drug of fame is just as dangerous (and addictive) whether you’re Virginia socialites or a mad scientist living in the middle of Colorado. Networks like Bravo need to step up and demonstrate that they’re willing to risk a ratings point or two in order to act responsibly.

In addition, it’s becoming clear that both broadcast and cable networks need to start taking another look at the rules now in place regarding the casting and production of unscripted shows.

I don’t buy the argument that reality TV is evil or that the entire industry is recklessly out of control. Actors have died on the sets of TV shows and movies; the cast of "Diff’rent Strokes" is proof enough that working on a sitcom can be just as hazardous to a child’s health as appearing on a reality show.

And there already exists on most shows a wide array of checks and balances, allowing the vast majority of shows to proceed without nary a moral glitch.

That said, as the genre has exploded in the past decade, so too has the pressure to top what’s been done before. Producers and executives with the best of intentions and the loftiest of standards can find themselves creating justifications for just about anything — or anyone.

As Chicago Tribune media columnist Phil Rosenthal put it in a blog post over the weekend, "TV producers with a priority on finding the most interesting characters for their programs are not always the best judge of character."

Maybe it’s time networks investigate the idea of creating positions for reality TV ombudsmen — executives whose sole job would be to keep track of reality show ideas and rules, and to speak up if any lines were crossed. Such folks — perhaps drawn from the standards and practices departments already in place at most networks — wouldn’t report to programming chiefs, and they’d be encouraged by top brass to speak freely and candidly about their concerns.

Programmers would obviously still have the right to ignore the ombudsman’s advice. But at least the process would include a somewhat objective third party who might catch problems otherwise overlooked by their more ratings-obsessed colleagues.

Finally, while this should go without saying, let’s pray no network news organization or syndicated newsmagazine (such as "Entertainment Tonight") decides to make a "bid" for the rights to an interview with the Salahis.

While it’s clear the networks long ago lost their innocence when it comes to checkbook journalism — by pretending payments for video footage aren’t the same as cash for interviews — there’s simply no compelling argument to be made for giving the Salahis cash to speak. After all, the couple clearly has a need for attention: Eventually, they’ll agree to speak to somebody for free.

What’s more, the truly compelling story here isn’t what the couple did, but how (and) why the Secret Service failed to stop them.

It’s quite possible the Salahis never dreamed they’d get past security. Perhaps they figured footage of them preparing to go to the state dinner, combined with some mock outrage over being turned away by the White House, would be enough to capture the attention of the "Real Housewives" producers.

Had that happened, this whole thing would have been a 30-second story, if that. What made this into front-page news was the fact that the organization charged with securing the life of the president apparently messed up big-time.

Wouldn’t it be great if news organizations focused their energies on getting the first interview with someone from the Secret Service or the Dept. of Homeland Security, rather than scurrying about trying to land a big "get" with a couple of rich socialites who clearly have too much time on their hands?

Instead of obsessing over the sideshow that is the Salahis, the real focus now needs to shift to the state of security surrounding the president — and making sure a stunt like this never happens again.