If CBS is feeling frisky this May, it might just move red-hot comedy "The Big Bang Theory" to Thursdays at 8 this fall. And last night’s ratings show how easily such a move could be done.

The Eye’s annual NCAA-prompted Wednesday airing of "Survivor" scored a dominant win at 8 p.m., averaging a 3.3 rating/8 share in adults 18-49 — down just 8 percent from the show’s last Thursday airing. And therein lies more possible justification for anyone inside CBS trying to build a case for a fall shakeup.

As well as "Survivor" is doing on Thursdays now, last night’s one-off Wednesday broadcast shows the series can still do a number on a number night. And while CBS has done OK with 8 p.m. comedies, the network would easily improve 8 p.m. Wednesday were it to shift "Survivor" into the slot. (It would also be a homecoming for the show, which began on Wednesdays when it premiered in the summer of 2000).

Shifting "Survivor" would open up valuable Thursday real estate for CBS, which has seen its demo numbers on the night battered (mostly because "CSI" has taken a hit without William Petersen). Relocating the buzzworthy big hit "Big Bang" to Thursdays could be a giant jolt of adrenaline for CBS on the night.

Think about it: As much as MoJoe loves NBC’s "Community" and "Parks & Rec," neither show is a blockbuster. ABC tried to shake up the 8 p.m. hour with "FlashForward," but failed.

That leaves Fox’s "Bones" sitting alone as a still-building hit — and the slot wide open for either ABC or CBS to counter with a big gun of their own on a night still dripping with ad potential (thanks to studios touting Friday releases).

ABC probably wouldn’t shake up its nascent Wednesday comedies so soon (though it’ll surely be discussed internally). That leaves CBS in a perfect position to pounce. 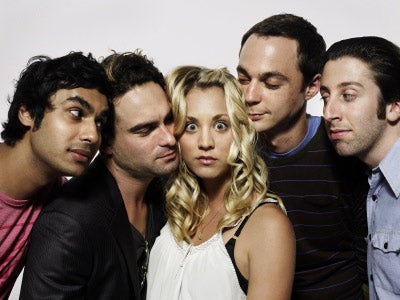 The MoJoe dream scenario would have "Big Bang" shifting to Thursdays at 8, followed by a new comedy at 8:30 (or maybe "Rules of Engagement" finally gets a chance in the fall). On Mondays, "How I Met Your Mama" and "Two and a Half Men" would continue anchoring at 8 and 9 p.m., perhaps followed by new comedies from those shows’ respective creators at the half-hours.

"Survivor" flies to Wednesdays at 8, with "Criminal Minds" at 9 and either a "Minds" spinoff or another new drama at 10 (hey, doubling down didn’t hurt with "NCIS" and "NCIS: Cool J.") And "CSI: NY" shores up Fridays, post-"Numbers".

Turbocharging 8 p.m. Thursdays with a "Bang" would also make some sense if, as many have speculated for months, CBS decides to flip "CSI" and "The Mentalist" on the night. The new blood early in the night could help pump up "Mentalist," a solid success that hasn’t yet broken out in as big a way as CBS might have hoped.

And P.S.: CBS chief Leslie Moonves and Warner Bros. TV (the producer of "Bang") have had some past luck with comedy Thursdays at 8 p.m. — they made "Friends." Moonves in particular would love the chance to score again with a blockbuster comedy on the night.

Of course, there’s risk to this scenario.

"Bang" could easily see its ratings decline 10 or 20 percent if it shifted from a 9:30 slot on Mondays to 8 p.m. Thursdays, where viewing levels are lower.

And for any of this to happen, CBS needs to have a good comedy development year. If its new half-hours are half-baked, it wouldn’t make sense to open up two slots on Mondays and a new half-hour on Thursday.

But if the Eye’s comedy elves deliver in May, the network might have good reason to go big come September.