Molly Forrest, CEO of the Los Angeles Jewish Home for the Aging in Reseda, is one of the most widely respected elderly care managers in Southern California. She has been at the Jewish Home since 1996, overseeing the construction of a new medical center and a new nursing home facility set to open in 2011.

Why is the Motion Picture home in trouble?
It is challenging to operate long-term care. California is in the bottom 10 of the 50 states for Medical payments. The government operates on cost reports that are two years old, so when the minimum wage goes up, say, it’s not going to be reflected in that two-year-old information. 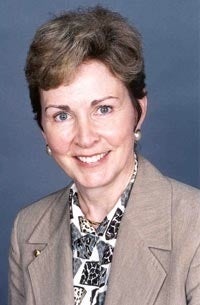 On top of that, when the state doesn’t pass a budget, it doesn’t pay, and it doesn’t pay interest on the money it withholds. In the last seven or eight years, the budget has passed on time once.

The MPTF home has been around a long time, and they have an organized labor force with many, many senior employees. So the costs of operating are going to be on the high end, especially because they try to make looking after their employees part of their mission.

And then there are the federal and state regulations. There are more regulations in running a nursing home than there are for a nuclear plant. I doubt any operator could truthfully say that they could run a successful nursing home with 85 per cent of the clientele on welfare and also meet the state and federal regulations that most of us would expect for nursing home.

How do you manage at the Jewish Home?
Here we have 970 people, who we subsidize to the tune of $100 a day. We need to raise $10 million a year just to turn on the lights and keep the building running. We don’t have a large endowment … When I became CEO here in 1996, it took the board two years to write a strategic plan. We just built a new medical center. It should have cost $53 million but ended up costing about $62 million.

We have a building licensed for residential care for the elderly that is 58 years old. We’re planning to replace it the year after next. We froze admissions a few months ago and we’re absorbing the residents, over time, to nursing beds or residential care beds.

Between 75 and 80 per cent of them are on welfare. We know they have no place to go. We made the choice that we would take this year to reabsorb and close down. It’s going to cost us money to keep them here — it’s going to cost $1 million this year.

How do you stay afloat with all these pressures?
We’ve been planning since 1997. We have had to work very, very hard to secure donor dollars to build these new buildings. With each building we’ve had to prove to the board that it can function, that it is better for the home overall than what we have torn down, that we can pay for it.

We had a vision thing to look longer term, but that’s a difficult thing to decide. Without the generosity of our donors, we would have gone bankrupt.

This year, we are expecting a 15 percent hit in fundraising. We have solicited special moneys from foundations to help not-for-profits through these times. We have less than $10 million in endowments. I don’t have rainy day account. I have no secret pockets or linings. We either pull together, or we’ll all not be here.

Would you take up the MPTF’s offer to go in and operate the nursing care facility for them?
No.

Are you taking in residents from the MPTF’s long-term care facility now that it is closing?
We are admitting several patients from the MPTF, as we can. For us, welfare status is not an issue. We will be accepting them as long as we can provide for their needs and they follow our policies.