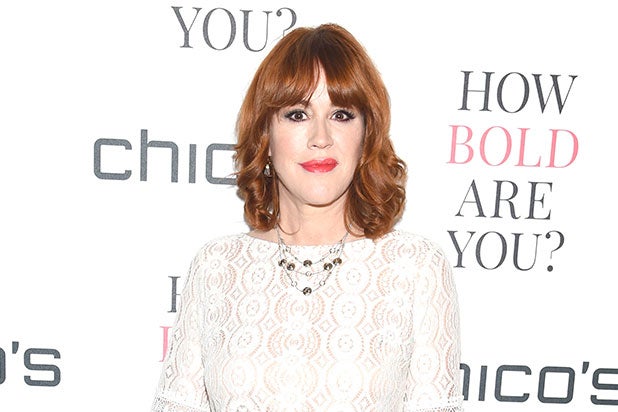 In 1976, Molly Ringwald was living with her family in Citrus Heights, Calif. — the same area the Golden State Killer committed some of his crimes.

In an article titled “The Golden State Killer in My Backyard” in Dame Magazine, Ringwald recalled living in terror during her childhood while the Golden State Killer, also known as the East Area Rapist, was committing crimes in the surrounding areas of Sacramento, Calif.

“I lived and went to school in the east area of Sacramento, where the violent serial predator was breaking into people’s suburban homes and raping women, regardless whether children were present,” Ringwald wrote. “In 1976, when he committed his first known crime, I was living with my family at 7554 Garden Gate Drive in Citrus Heights just a few miles away. My grandparents lived in Auburn at the same time the suspect, Joseph James DeAngelo, lived and served on the police force there. Sometimes, when I visited them, they would take me for pancakes at the Denny’s where DeAngelo’s mother supposedly worked.”

Last month, 72-year-old Joseph James DeAngelo was arrested and charged with two counts of murder. He has since been charged with more crimes. The Golden State Killer was linked by DNA and method to 12 murders, 45 sexual assaults and more than 120 burglaries from Sacramento to Orange County between 1976 and 1986.

The Golden State Killer case was also the subject of a true-crime book titled “I’ll Be Gone in the Dark,” by Michelle McNamara, comedian Patton Oswalt’s late wife. McNamara worked with investigators on the case but died before the book was published. It was finished by co-writer Billy Jensen, researcher Paul Haynes and Oswalt.

“Not long after I found out about the arrest, my sister Beth texted me to ask if our mother had seen the news,” Ringwald wrote. “I was having dinner with our mom at the time and texted back that I had been talking to her about it all day and that at first my mother wasn’t even sure she remembered him. My sister had been following the case for awhile, knew when Michelle McNamara–the late author of ‘I’ll Be Gone in the Dark’ who’d spent years investigating the rapes and murders–renamed him ‘The Golden State Killer’ and was shocked that the details weren’t as fresh in our mother’s mind as they were in ours.

‘Everybody around Sacramento including me was terrified of him in the ’70s!’ she texted.”