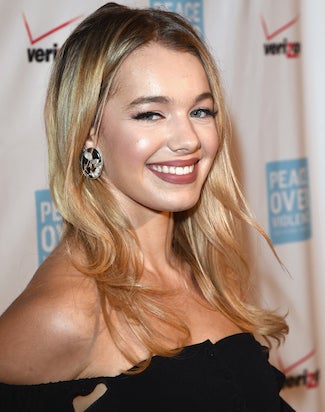 “Mom” star Sadie Calvano has been cast in “The Skinny,” the upcoming Refinery29 series created by Jessie Kahnweiler in collaboration with Jill Soloway, Andrea Sperling, and Rebecca Odes of WifeyTV, TheWrap has learned.

The show centers around a wannabe YouTube comedy star named Jessie (Kahnweiler) as she struggles to live, love and get over her bulimia. Calvano’s character, Sadie, is a successful internet star and up-and-coming digital content queen who helps launch Jessie’s digital career.

Calvano and Kahnweiler will star alongside Megan Ferguson, Paul Dooley, Ryan Pinkston, Spencer Hill and Illeana Douglas. The series is set to launch on Refinery29 in January 2016.

“The Skinny” will be executive produced by Refinery29, Kahnweiler, Soloway, Sperling and Odes as well as Paul Young, Peter Principato and Douglas. Cortney Wilson and Blair Skinner serve as producers.