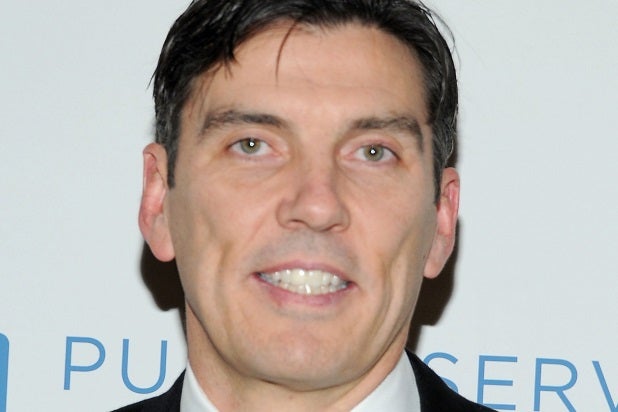 One day after America Online chief executive Tim Armstrong reversed controversial changes in AOL’s benefits plan, the mother of one of the “distressed babies” he cited as the reason for the initial switch has fired back.

Armstrong’s comments implied that “the saving of her life was an extravagant option, an oversize burden on the company bottom line,” wrote Deanna Fei wrote in an essay posted Sunday on Slate.

“I take issue with how he reduced my daughter to a ‘distressed baby’ who cost the company too much money,” Deanna Fei wrote. “How he blamed the saving of her life for his decision to scale back employee benefits. How he exposed the most searing experience of our lives, one that my husband and I still struggle to discuss with anyone but each other, for no other purpose than an absurd justification for corporate cost-cutting.”

Fei, who receives health insurance via her husband who works for AOL, recounted the 2012 emergency birth of her daughter, and the subsequent battle to keep her alive  through blood transfusions, head ultrasounds, the insertion of breathing tubes, feeding tubes, and a central line extending nearly to her heart.

“Some commentators have questioned the implausibility of ‘million-dollar babies.’ I have no expertise in health care costs, but I have a 3-inch thick folder of hospital bills that range from a few dollars and cents to the high six figures (before insurance adjustments). So even though it’s unlikely that AOL directly paid out those sums, I don’t take issue with Armstrong’s number.”

It was the fears that she had at the time, that she had somehow failed her child, that made her most angry about the executive’s comments, she said.

“All of which made the implication from Armstrong that the saving of her life was an extravagant option, an oversize burden on the company bottom line, feel like a cruel violation, no less brutal for the ludicrousness of his contention.”

Also read: AOL CEO Tim Armstrong Apologizes for Publicly Firing Employee, Does Not Hire Him Back

In an email to employees Saturday, Armstrong said he was sorry for mentioning “specific health care examples” and said AOL will go back to making donations to the plan each pay period, rather than at the end of the year.

Armstrong set off the storm last week, when he explained that the sick babies forced AOL to dole out millions in medical expenses on a company-wide conference call. Armstrong’s controversial comments followed his explanation on CNBC why he was making changes to the company’s 401(k) program.

Here’s Saturday’s email from Armstrong to AOL employees, via Mediate:

“The leadership team and I listened to your feedback over the last week. We heard you on this topic. And as we discussed the matter over several days, with management and employees, we have decided to change the policy back to a per-pay-period matching contribution. The Human Resource team will be in contact with all employees over the next week to explain the change and to answer any other benefits related questions you might have. We are proud to provide AOLers with a robust benefits offering that spans from exceptional healthcare coverage to 401K’s to AOL fitness programs and beyond. On a personal note, I made a mistake and I apologize for my comments last week at the town hall when I mentioned specific healthcare examples in trying to explain our decision making process around our employee benefit programs.”