“Dancing with the Stars” led ABC to a win Monday night in total viewers, but it was original episodes of “House” and “24” that brought Fox the all-important adults 18-49 crown. 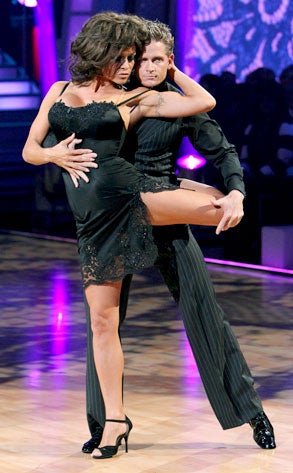 Meanwhile, “Chuck” took advantage of CBS’ “How I Met Your Mother” being re-runs and stepped back a bit from the bubble.

WAS IT PAMELA ANDERSON’S WIG? More likely, it was the absence of Kate Gosselin that caused "Dancing with the Stars" to drop 10 percent week to week, but the show still drew 20.2 million viewers, helping ABC to a win in that metric. “Dancing” — which drewe a 4.3 rating/12 share in adults 18-49 also provided a nice lead-in to week two of new comedy “Romantically Challenged,” which drew 10 million viewers and a 2.7 rating/6 share in adults 18-49 – down only 7 percent from its premiere.

HOUSE RULES: Doctor Gregory T and the team dalliance with a polygamous patient scored a 4.3/12 in adults 18-49 and 10.6 million viewers, while “24” continued to wind down the clock with a 2.8/7 in the adult demo and 9.2 million viewers. Both were flat with last week.

EYE-ING THE COMPETITION: For the second straight night, NBC took advantage of CBS being in repeats at 8 o’clock, with “Chuck” scoring a respectable 2.1/6 in adults and 6 million viewers, and the season finale of “Trauma” rising 23 percent to a 1.6/4 and 5.3 million viewers.