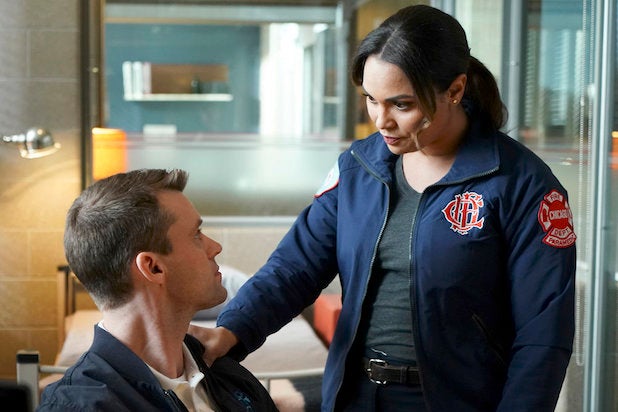 “It has been an honor to play Dawson on ‘Chicago Fire’ and one of the most meaningful experiences of my life,” Raymund tweeted on Tuesday. “I am so thankful for the journey and especially to all of you for watching, but I have made the decision that it’s time for me to move on to the next chapter in life.”

Last Thursday’s Season 6 finale had set up a storyline that would allow for Raymund’s exit when Gabby Dawson was asked to join a team of volunteer paramedics headed to help with the damage in Puerto Rico following the devastation inflicted by hurricane season.

Raymund broke the news of her exit just days after the Peacock network renewed all of Wolf’s dramas on the network, including “Law & Order: SVU,” “Chicago Fire” and its spinoffs “Chicago P.D.” and “Chicago Med” for its 2018-19 slate. (You can see NBC’s recently announced fall schedule here).

The actress has been a series regular on the drama since its debut in the fall of 2012.

See her message to fans in the tweet below.