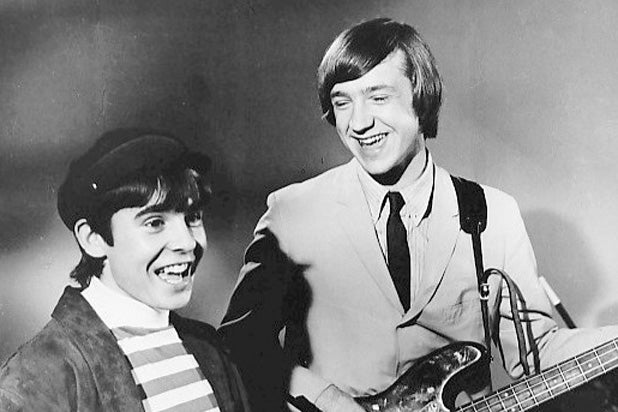 Peter Tork, bassist, keyboardist and singer for iconic late ’60s pop-rock band The Monkees died on Thursday. He was 77.

Tork’s death was confirmed by his sister, Anne Thorkelson, to The Washington Post. Thorkelson did not share the cause of death or where Tork died. His Twitter and Facebook accounts announced his death shortly after.

“Please know that Peter was extremely appreciative of you, his Torkees, and one of his deepest joys was to be out in front of you, playing his music, and seeing you enjoy what he had to share,” a message attributed to the Peter Tork Facebook Team said.

It is with beyond-heavy and broken hearts that we share the devastating news that our friend, mentor, teacher, and amazing soul, Peter Tork, has passed from this world. As we have mentioned in the past, the PTFB team is… https://t.co/ORi2nFpvT7

Tork rocketed to fame as the elder statesman — at 24 — of The Monkees in 1966, when the band’s show debuted on NBC. Crafted by producers Bob Rafelson and Bert Schneider, “The Monkees” was created to mirror the success of The Beatles’ music and movies of the era.

While the band’s show only lasted for two seasons, it won an Emmy award for outstanding comedy series and turned the band into recording superstars, although for the most part they were not allowed to play instruments on their early albums. (Tork, the most experienced musician in the band, was an occasional exception.) The Monkees — with Tork on bass, keyboards and vocals, Michael Nesmith on guitar and vocals, Micky Dolenz on drums and vocals and Davy Jones on vocals — sold 35 million albums in 1967, according to The Post, doubling both the Beatles and the Rolling Stones combined.

A string of singles released by the group shot to the top of the Billboard chart, including “Daydream Believer,” “I’m a Believer,” and “Last Train to Clarksville.”

The Monkees played to sold-out stadiums in the late ’60s, but their success faded after the TV show was cancelled in early 1968. Tork left the band in 1969, though the other three members continued on without him until they broke up in 1971, The following year, Tork went to prison for a few months after being caught with “$3 worth of hashish in my pocket,” according to The Post. Tork later struggled with alcoholism before getting clean in the early 1980s.

Tork was born Peter Halsten Thorkelson in Washington, D.C., on Feb. 13, 1942. His father was an Army officer and professor at the University of Connecticut, where the family settled in nearby Mansfield in 1950. He moved to Los Angeles in 1965, where, on a tip from guitarist Stephen Stills, he auditioned for his part in the Monkees.

Following his success in The Monkees, Tork went on to record several albums with James Lee Stanley and appeared in multiple episodes of “Boy Meets World,” where he played Topanga’s dad.

Tork, according to the Post, is survived by his wife, Pamela Grapes; a son, Ivan; and daughters Erica and Hallie, along with a brother and his sister.