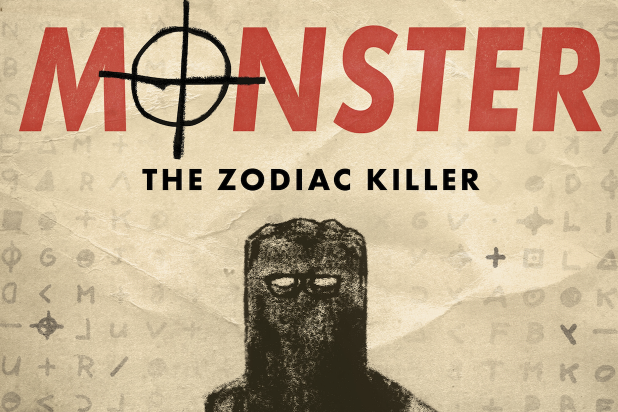 The creators of “Atlanta Monster” are following the success of the harrowing true-crime podcast by revisiting perhaps the most infamous cold case of the last century — and we have the exclusive first trailer for “Monster: The Zodiac Killer.”

As the trailer (above) recounts, the Zodiac Killer terrorized Northern California communities in the late 1960s and early ’70s, taunting police and the news media with clues and misdirection. He has never been conclusively identified.

“Atlanta Monster” host Payne Lindsey will executive produce and lend his voice to the new season, which will be hosted by Matt Frederick, best known as the host of “Stuff They Don’t Want You to Know.” The new season comes from Lindsey’s Tenderfoot TV and iHeartMedia.

The podcast will debut exclusively on iHeartMedia broadcast radio stations around the U.S. on Jan. 2 at 7 p.m. local time, and the first two episodes will then be available online across the iHeartPodcast Network and everywhere else podcasts are available on Jan. 3. The series will run for 15 episodes.

The Zodiac Killer’s carefully cultivated air of menace and mystery has made him an enduring pop culture fixation nearly half a century after his crimes. The 2007 David Fincher film “Zodiac” focuses on the attempts to bring him to justice, and an enduring meme holds that Sen. Ted Cruz is the Zodiac Killer. (He isn’t.)

Lindsey’s previous “Monster” podcast, “Atlanta Monster,” examined the deaths of at least 28 African-American children and young men in the late 1970s and early 1980s. The series, which had more than 30 million downloads, focused on whether Wayne Williams, who was convicted in two of the murders, was guilty of all of the killings.

We spoke to Lindsey twice for the “Shoot This Now” podcast. You can listen to both episodes below.

The first interview, which focused on “Atlanta Monster,” is available on Apple or right here:

Our second interview focused on Season 2 of Lindsey’s “Up and Vanished” podcast, and is available on Apple or right here: