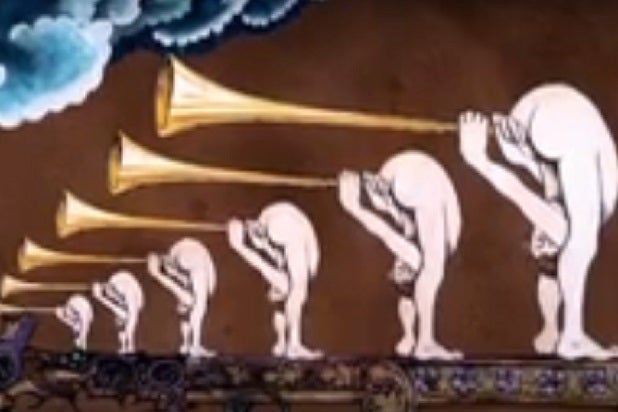 The Monty Python comedy troupe dug deep into its closet to celebrate the 40th anniversary of “Monty Python & the Holy Grail” and came up with lost animation footage that had been deleted from the film. And thanks to the magic of the Internet, the long-lost artwork is now available to surprise and delight fans.

The footage — which is accompanied by narration from Python member Terry Gilliam, who created the excised animation — is replete with typical Monty Python zaniness, including a giant bearded snail, a many-eyed beast and a horn section playing their instruments through their rectums.

Also Read: 'Monty Python and the Holy Grail' Sing-a-Long Version to be Released in Theaters

But in addition to the previously unseen animation, the video offers other revelations. Such as Gilliam’s remembrance that the artwork was inspired by a book of old doodles that monks scribbled in the margins of their bibles.

Treat your eyes to some strange candy by watching the video.